DARIUSBURST Chronicle Saviours, the latest entry in Taito’s DARIUS series of side-scrolling shoot’em up games is getting some very SEGA-fied DLC. Taito is set to release SEGA themed DLC packs that span from Fantasy Zone, Space Harrier and all the way to Galaxy Force II. Above is the Fantasy Zone one, which includes Opa-Opa as a ship to drive, theme music and even coins drop from the enemies (and is used as currency for other weapons!). Very interesting way of including the franchise.

Even more interesting, SEGA’s Hiroshi Kawaguchi is a guest composer on the game who wrote a few new remixes being used on the Space Harrier DLC. New Hiro remixes of his old tracks? Yes, please! DARIUSBURST Chronicle Saviours is out now on PlayStation Vita, PlayStation 4 and PC.

If you want to see gameplay of the Space Harrier and Galaxy Force II DLC, hit the jump

[EDIT: Looks like the Japanese news site Game Watch put the previews in private. We will update the article when they release said videos] 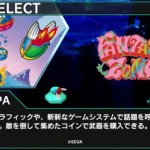 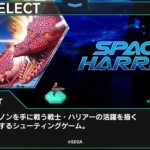 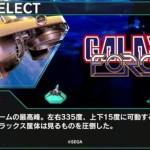