It’s Time for All Things to End in Shin Megami Tensei IV: Apocalypse

Shin Megami Tensei IV: Apocalypse Pits Pantheons Against Each Other with Humanity as the Prize

The story of Shin Megami Tensei IV: Apocalypse is one of human pawns being shuffled across a chessboard by the higher deities. One lone Hunter, the game’s protagonist, meets an early demise and through a pact with a lesser god, is brought back to life in exchange for his pledge of servitude. From there, the protagonist allies with other Hunters in the ruins of post-apocalyptic Tokyo beginning a plot that crosses over with the events of the original Shin Megami Tensei IV.

Shin Megami Tensei IV: Apocalypse features:
The Eternal Struggle Between Gods- The Shin Megami Tensei series, known for exploring the tenuous symbiosis between man and deity, reaches deeper than ever in Shin Megami Tensei IV: Apocalypse, as the band of main characters must decide which side of peace or anarchy they are on.
Partner Up for Success – A new twist on the SMTIV combat formula allows players to bring one of seven partners to battle (in addition to the standard three demons), each with their own unique skills and AI. Plus, partners will fill up a meter that will interrupt the enemy, do massive damage, and give players an extra turn. Given the excruciating difficulty of battles in Shin Megami Tensei, the partner system will allow for new player strategies.
Demons Aplenty – Shin Megami Tensei IV: Apocalypse has a series record 450+ demons to fight, fuse, or recruit to player parties. With demons from a wide selection of cultures and religions to choose from, players will be able to customize their party to their liking.
Fuse For Affinities – Demon fusion, combining two or more demons to form a more powerful one, is one of the cornerstones of Shin Megami Tensei games, and now demons will have affinities for certain skills, giving players more decisions to make about which skills fusions will inherit.
Press Turns and Smirking – The Press Turn system returns, which gives players (or enemies!) extra turns for exploiting weaknesses. The Smirk system returns as well, which gives huge offensive and defensive boosts to party members (or enemies) and now unlocks bonuses for certain skills, such as insta-kill attacks.
Shin Megami Tensei IV: Apocalypse is an engrossing, 60-plus hour RPG experience that pits players against the very creators of the human identity in a battle for the remnants of the human race. Demons, gods, magic and guns are the tools of destruction players will wield in the name of servitude to a scheming deity. With its renowned combat mechanics improved to the most diverse state yet, and its legendary difficulty, Shin Megami Tensei IV: Apocalypse is a must-have addition to the Nintendo 3DS system’s impressive RPG library. The game is not yet rated by the ESRB. It will be available this summer for $49.99/CA$64.99, and more information will be available at http://www.atlus.com/smt4a. 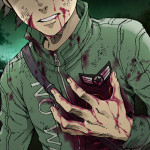 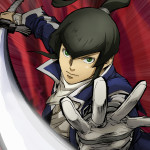 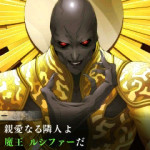 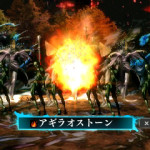 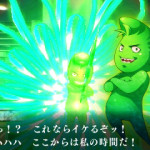 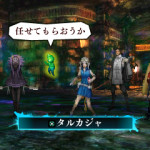