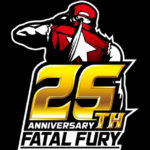 3 responses to “Garou: Mark of the Wolves coming to PS4 and PS Vita”