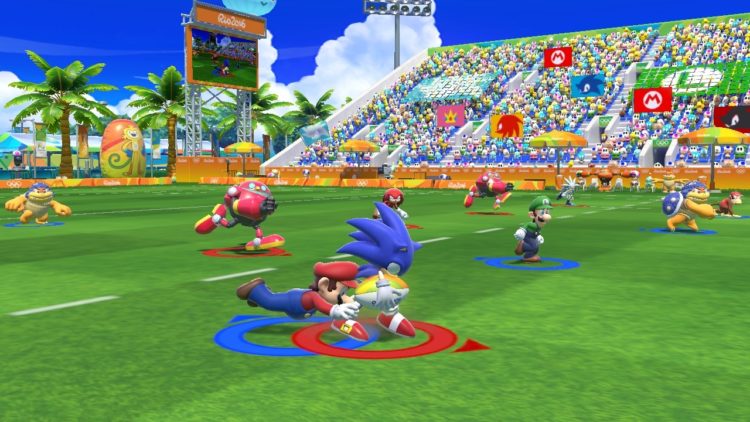 SEGA has confirmed today that it has picked up the 2020 summer Olympics license games license. SEGA has had a long relationship with the Olympic Games committee on using their license and was one of the main reasons behind the creation of Mario & Sonic at the Olympic  Games series of games. That means that Mario & Sonic at the Tokyo 2020 Olympic Games will be happening and when it does it will be a Nintendo Switch exclusive. SEGA has full reign on the license, so a more realistic Olympic title could also be in the works. I can see their offerings being rather good if they start development this year, 2020 summer Olympics will be a huge event for Japan.

“It is truly an honor for us to be granted this Olympic Games Tokyo 2020 sub-license from [International Sports Multimedia],” – SEGA CEO Haruki Satomi

You can read the press release after the break, but at this point the only reason SEGA has held on to the Olympic games license is to churn out more Mario & Sonic games. 2020 summer Olympics will run from July 24-August 9 in Japan.

SEGA Holdings Co., Ltd., a leading interactive
entertainment company, have entered into a publishing agreement with International
Sports Multimedia (ISM), the licensee of the International Olympic Committee (IOC)
for Interactive Entertainment Software. Such rights extend to publishing titles for
console, handheld, mobile, online and arcade.
Under previous agreements with ISM, SEGA have developed and published video
game titles for the Olympic Games Beijing 2008, London 2012 and Rio 2016 and the
Olympic Winter Games Vancouver 2010 and Sochi 2014.

Mr. Raymond Goldsmith chairman and CEO of ISM said, “We are delighted to extend
the relationship with SEGA. Their accumulated experience with developing
Entertainment Software for the Olympic Games will ensure the official Tokyo 2020
video games entertain people all over the world, and help support the global appeal of
Tokyo 2020.”

CEO Haruki Satomi of SEGA Games, the game development and publishing company,
said, “It is truly an honor for us to be granted this Olympic Games Tokyo 2020 sub-
license from ISM. SEGA will provide exciting video games for Tokyo 2020 leveraging
the experience of developing Entertainment Software for past Olympic Games.”
Please look forward to future announcements.

Will you be watching the 2020 summer Olympics?

SEGA to publish War Child compilation this summer for charity