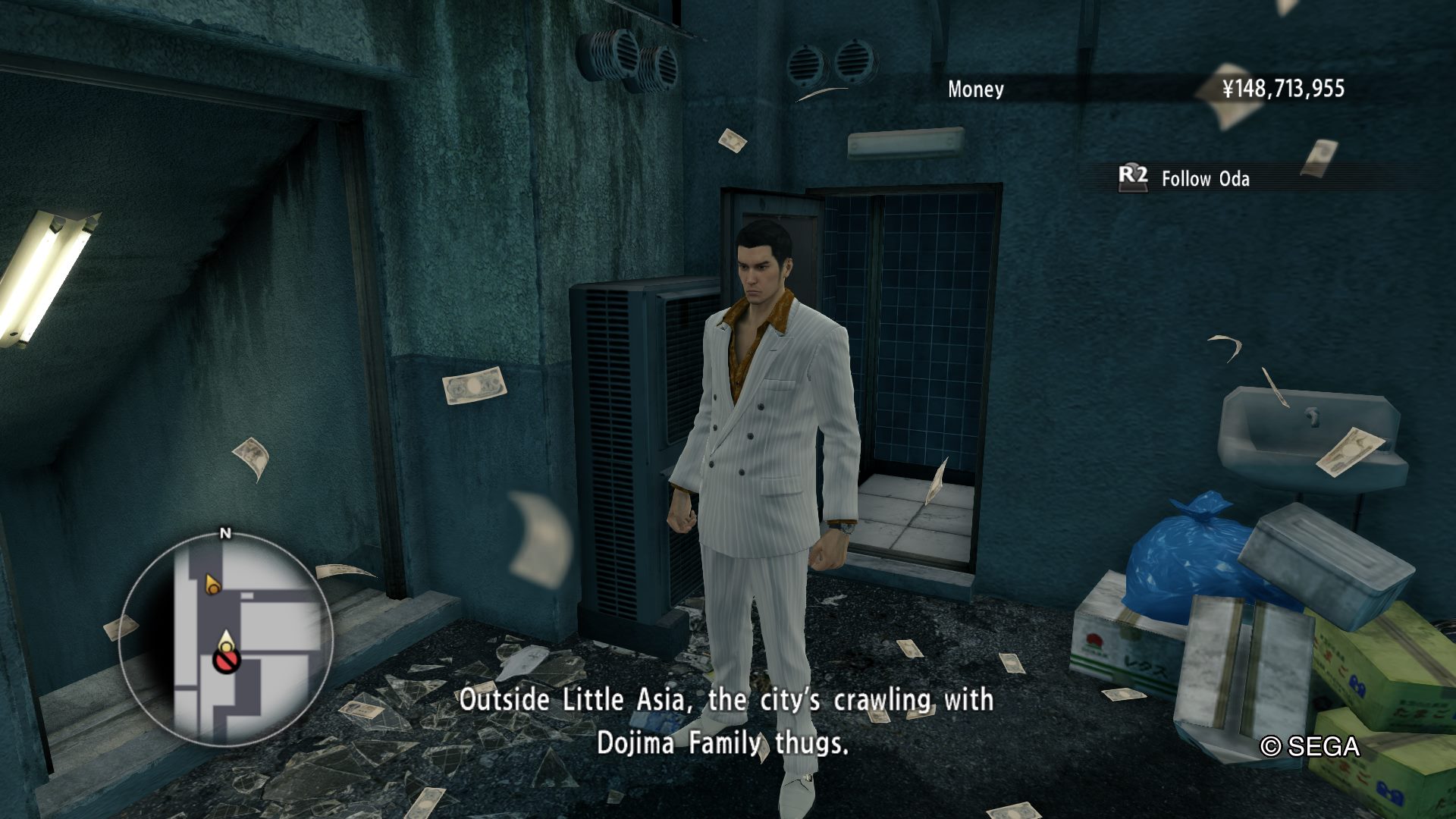 Gamers will discover a 334.9 MB patch ready to download for Yakuza 0 today. I know I was surprised, as the free DLC campaign had ended earlier this month, so I wasn’t expecting anything.

It turns out, this new 1.05 patch focuses on fixing some issues with the game.

Since the game’s launch, players have encountered a game crashing error when playing Poker. This has now been resolved.

In addition, some audio bugs and the name of a DLC costume has been adjusted.

Players who used the PS4’s native screenshot or video recording features for the game discovered an obnoxiously giant black block with copyright text inside of it. This has now been adjusted to be more “discrete.” Which is a bit of an understatement! The copyright notice is now just text with a slight stroke effect… as it probably should have been from the beginning.

Yakuza Kiwami will get a completely fresh translation
PS4 Yakuza 0