SEGA has just released over a minute of gameplay showcasing Classic Sonic’s Green Hill Zone stage in Sonic Forces and… tell me again why this was said to not be Sonic Generations 2? The clip should feel very familiar to those who played the 20th anniversary game back in 2011, right down to the models and assets, though there are a few alterations. The background features a sandy area and enemies are new. Also, the music is new to my ears, though I swear I caught a whiff of Sonic 4‘s Splash Hill Zone.

Eagle eyed fans may catch a glimpse of a bubble shield and it appears Sonic performs a Drop Dash, Sonic Mania‘s signature move, at 1:25.

Check it out for yourself and share your thoughts in the comments below. Also, after the break check out some newly released screens! 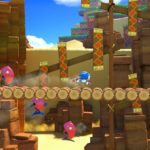 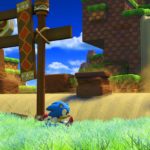 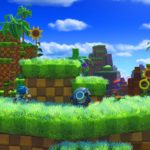