While both the Switch and PS4 (and even the One at launch) lacks backwards compatibility entirely, the One embraces it like no other console has. Over the years, the Xbox One has become a wondrous option for those who missed out on or simply want to keep their library of Xbox 360 multiplat staples, downloadable games, and exclusives. Enhanced performance and improved visual fidelity gives these re-releases some extra shine, and the added bonus of all compatible games being playable off of original discs just makes the deal even better.

Last year, Microsoft filled another niche: backwards compatibility with the original Xbox. The OG Xbox is a console often derided for its “gamerbro” marketing, over-saturation of gritty shooters and sports games, and massive size. Upon closer inspection though, the original Xbox becomes a secret home to a number of that generation’s best available versions of multi-platform games, along with creative, fun, and unique exclusives. One of the latter dropped onto the One just yesterday, on April 17th; the final in one of SEGA’s most revered series, and my personal pick for best action shooter of all time, Panzer Dragoon Orta. There’s a lot of OG Xbox games now available for the One, but if you only buy a single game from that selection, buy Panzer Dragoon Orta. 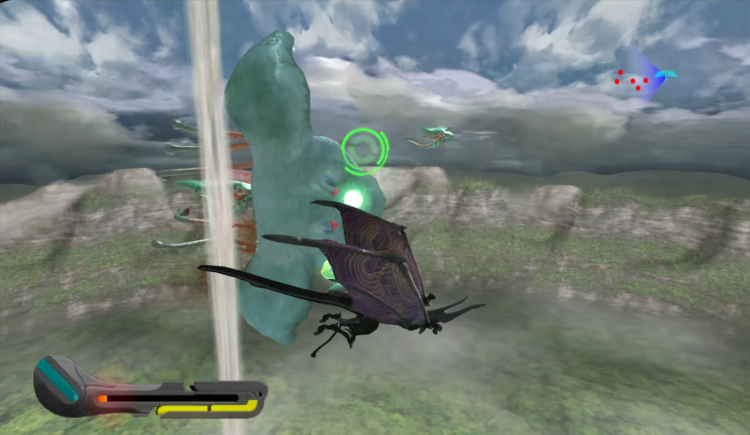 An Incredible Adventure from Start to Finish

Before I say anything else, you don’t need to have played the trilogy of SEGA Saturn classics to enjoy Orta. The original manual contained plot summaries of the previous three titles, but the stories are not strictly connected. All you need to know is that it’s a post-apocalyptic alien sci-fi fantasy with laser-breathing dragons, an oppressive empire, and an extinct race of ancient peoples whose technology now lies dormant in the land.

The game is a rail shooter, a genre as often derided as the console this game released on. Do not, however, write the game off simply for its genre. Orta is quite possibly the most in-depth and mechanically complex rail shooter out there, similar in execution to character action games; taking a simple gameplay concept and driving it to its maximum potential.

You’ll use your dragon’s wings to maneuver around bosses, and transform into three distinct forms with a myriad of pros and cons. There’s a leveling system to get the most out of your favorite dragon, alternate paths, 360 degree camera action, projectile dodging, and three distinct screen clearing attacks. All of it makes way for a challenging, complex, easy-to-pick-up-difficult-to-master gameplay formula that can satisfy any action fan. 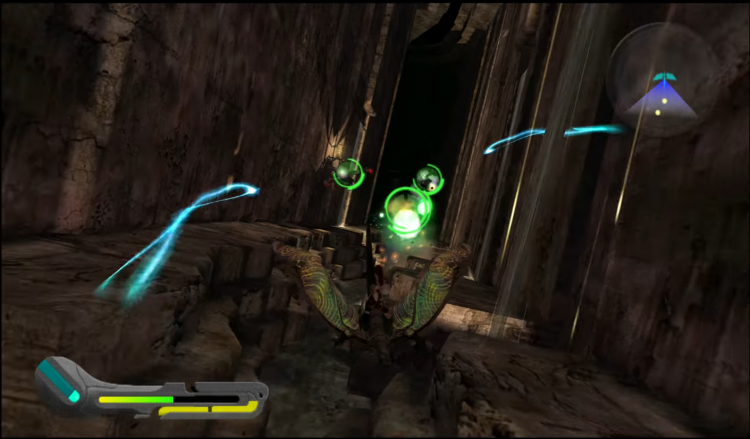 Shooting and flying through ten levels with a bounty of variety in locations, gameplay scenarios, and bosses, player growth is felt in mastery of the mechanics and controls as well as pure statistical and visual growth in each of your dragon forms. With a dream-like art style featuring as many beautiful, natural environments as there are hot iron machinations and ancient, long-dead technology, the presentation is just as good now as it was in 2003. Accompanying gorgeous visuals is a brilliant soundtrack of thumping techno, tribal woodwinds, and synthetic wailing, coming together to make the action as good to listen to as it is to watch. Along with exemplary sound design, you’ve simply got one of the best presentations currently available on the One’s OG Xbox library.

Ten levels may not sound like much, but those ten levels are only scratching the surface of what Orta has to offer.

Bang For Your Buck

Orta comes bursting with extra content, unlocked through both normal gameplay and a secret cheat method, should you wish to spare the electricity. The Pandora’s Box bonus menu includes, but is not limited to: 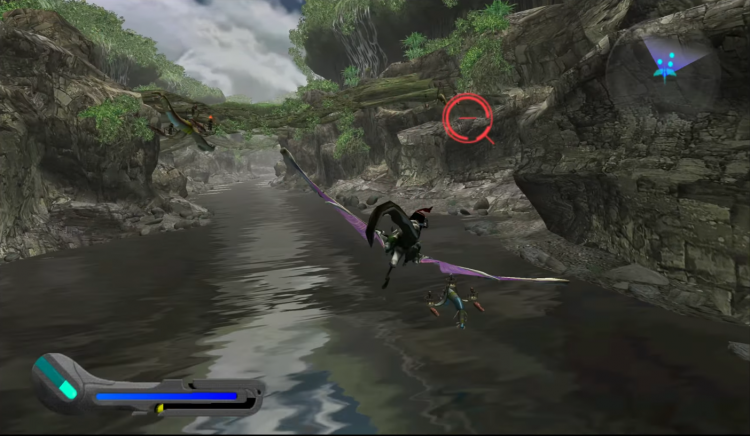 With a bevvy of extra content unusual for both its time period and now, Orta provides far more than just its base game experience when played. The majority of its content can be enjoyed via just one playthrough of the campaign, with more being unlocked through special criteria. Or you can log twenty three hours on the game to unlock everything automatically.

There’s a hefty number of Xbox exclusives and “best versions” of the era’s multi-platform releases, still trapped on the massive black brick. Orta is just one of them, and I’d like to believe that buying it (along with other OG Xbox rereleases) will help show Microsoft and other companies that these games are worthwhile and worth bringing back.

A good chunk of the games mentioned as being trapped on the OG Xbox are SEGA titles just like this one. Games like Otogi, a From Software hack and slash in a mythical Japan; Crazy Taxi 3, the most advanced of the series containing the entirety of the first two inside of it; Gunvalkyrie, a third person shooter platformer with an in-depth movement system; and perhaps SEGA’s most requested re-release besides Shenmue, the venerable Jet Set Radio Future. And if these games should release on Microsoft’s platform, I’d say buy them too, they’re all excellent. 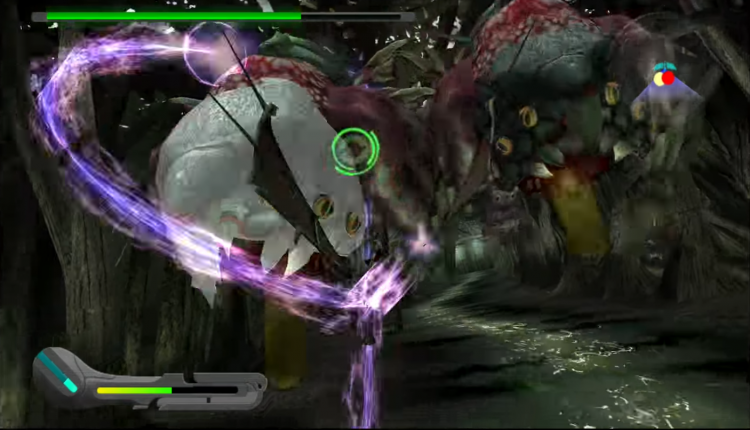 This article may have sounded like a giant marketing push to get you to buy a game, and that’s both true and untrue. We were not remotely sponsored for this article. I don’t even own an Xbox One. I simply want people to buy this, to support an incredible game, to show SEGA and Microsoft that there’s monetary value in releasing these old classics. Most of all, I want people to experience a truly great game, forced into obscurity for its genre and system. I want to spread the joy of an overlooked gem, to provide people with a new experience, and get people interested in the legendary Panzer Dragoon series.

Really, I just want people to play a cool game I love. This wasn’t a thorough review or an in-depth analysis, just a cry of love for one of my favorite games. A celebration for a game getting its second chance. Could the game be better in its second go? Absolutely. Would I like further improvements to presentation, would I like it on other platforms, would I like it to be given the full remaster treatment? Of course. But just having the game be available in a genuine, accurate, and completely playable form is enough for me.

After all, isn’t it enough to just play a good game?

10 responses to “Editorial: Why you should buy Panzer Dragoon Orta for your Xbox One”