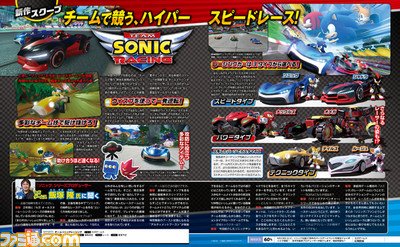 This reveal seems to point to the game having a Sonic Heroes method of lumping trios of characters with Speed, Power and Technique abilities. Given we know the roster will contain 15 characters, this could mean that we will be seeing five sets of three character teams. Who else is appearing in the game is up in the air, but if I were to guess I would say: Amy, Big and Cream; Espio, Vector and Charmy; Metal Sonic, Eggman and Egg Pawn. This is of course my speculation, but it is disconcerting that this leaves characters like Silver, Blaze, Chaos, Classic Sonic, the Babylon Rogues and many others out of the running. And let’s say some of those are in, then that would mean some from the small list I shared would be out of the game. Fingers crossed there are more racers than we have been led to believe.