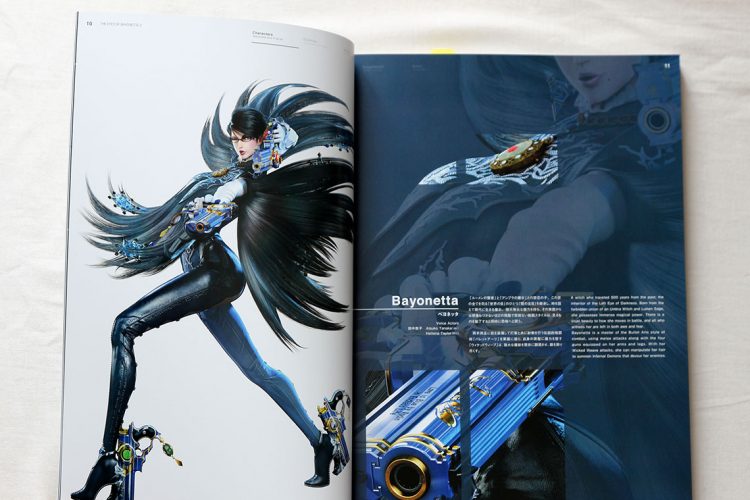 “Bayonetta is a butt-kicking, havoc-wreaking witch who wields sweet weapons like pistols, whips, hammers, flamethrowers, and poison bows. But it’s not just about brawn ― it’s also about style.

The Eyes of Bayonetta 2 collects all the fabulous artwork behind this celebrated video game sequel. Included are character designs, development sketches, weapon & environment designs and promotional artwork. It’s all topped off with character & enemy profiles, journal entries, and plenty of exclusive creator commentary.”

Not much is known outside of the description, the publisher and the fact that it will be 208 pages long. Interesting enough the Amazon listing for the product says the book is ‘by SEGA (author)’ and ‘by Platinum Games (author)’, but no where is Nintendo (Bayonetta 2‘s publisher) listed.

Bayonetta 2 will have touch control option and 2-player mode