The Shenmue III Kickstarter has sent out its 96th update, this time discussing the English voice overs that the game will receive. As we already know, Corey Marshall is reprising his role as Ryo Hazuki while Ling Shenhua will be played by new comer Brianna Knickerbocker who is said to have stunned people with her great performance.

We also got a behind the scenes video with the voice actors, Yu Suzuki and sound director Takayuki Nakamura in the LA studio. My main issue is how odd the audio is synced and how there is little to no information in this video. Which has been a common theme with these updates.Also seems like so few people to voice a game like Shenmue III, we even have Katana, Corey Marshall’s daughter making her voice performance debut. Should be a interesting product when Shenmue III releases later this year. 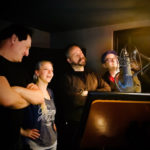 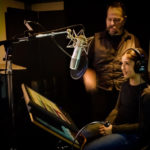 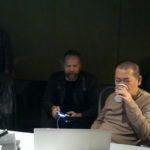 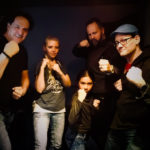