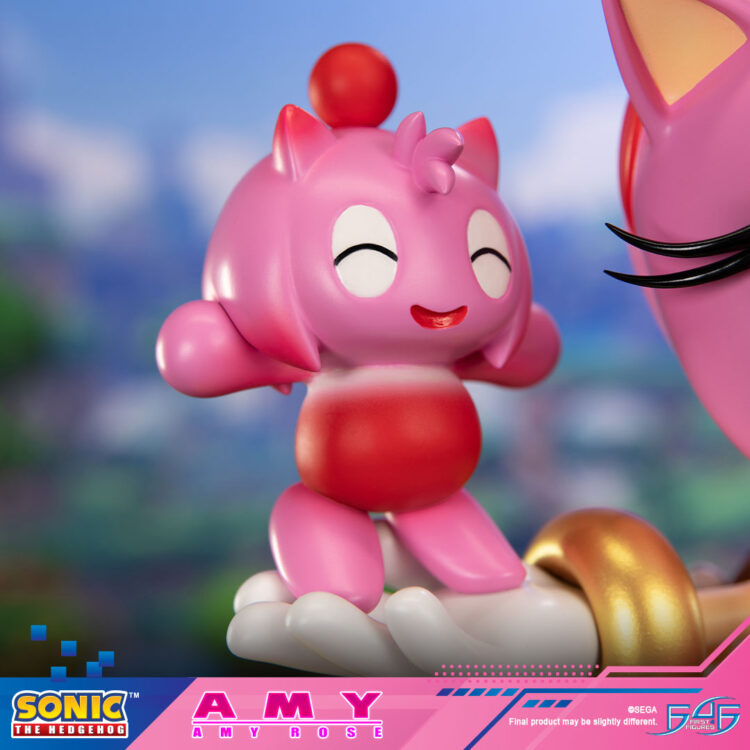 First 4 Figures has unveiled the Amy Rose resin statue on Twitter, which will be available for pre-order on November 8th to commemorate the release of Sonic Frontiers. The team used the Sonic Advance Yuji Uekawa design as a base for the statue, even coming equipped with her Piko-Piko Hammer. An exclusive and definitive edition will also come with an interchangeable hand that features a miniature Pink Amy Chao. More details will be revealed at later dates, and you can sign up for the email letter to get notifications or follow First4Figures on Twitter for when more info drops.

FIRST LOOK into Amy Rose – coming 8th November 2022! Did you get to see her Piko Piko Hammer?

Sign up here (https://t.co/T49HtmId5N) to receive a notification once preorders are open!