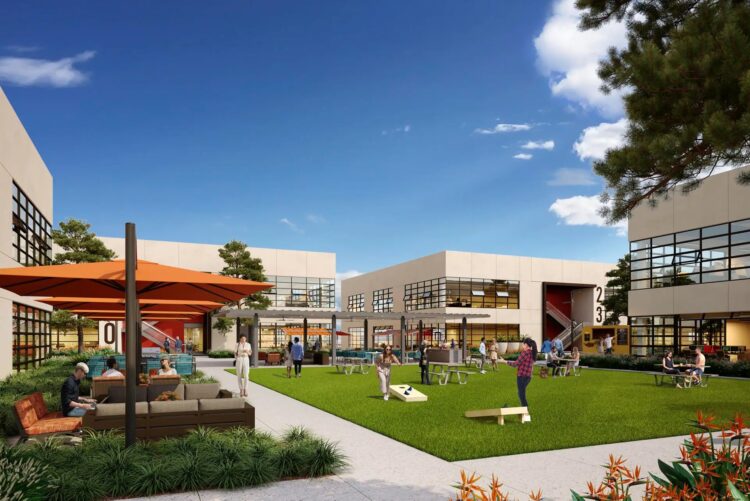 Back in 2015, SEGA of America went through a great deal of change with the biggest physical change bring their move from San Francisco to Irvine, California. We reported the news back when it happened, and even mourned the San Francisco HQ that the social media team invited us to visit. The 2015 move saw SEGA move out of their own space and into the existing ATLUS USA offices, and seeing as we had to dig around for the details ourselves it was clear that it was not a celebratory move. However, as 2023 approaches SEGA has revealed that they are moving once again and this time it comes with a press release and everything!

The move isn’t as big as San Francisco, as the new office space is just 3 minutes from the old one and still in Irvine, however as the press release details this is SEGA of America’s new headquarters first and ATLUS is coming along for the ride. The 31,700 square foot space is within the Innovation Office Park, in building 140, suite 100 specifically, and will facilitate up to 235 employees. Congrats to SEGA on the new location, and once you’re settled DM us an invite.

IRVINE, Calif.–(BUSINESS WIRE)–Today, Sega of America, Inc. has officially opened the new office for the company’s North American headquarters in Irvine, California. The new office space, which covers nearly 31,700 square feet at Innovation Office Park, facilitates up to 235 local Sega of America employees, which includes members of each of SEGA’s publishing departments, as well as those of the ATLUS GAMES subsidiary.

To commemorate the grand opening, the Sega of America team is hosting an opening ceremony onsite today at Innovation Office Park. The ceremony welcomed back local Sega of America employees and featured appearances by Co-COO of Sega Corporation and CEO of Sega of America, Shuji Utsumi, as well as classic games kiosk, food, drinks and music. The iconic Sonic the Hedgehog also made an in-person appearance to signal the opening of the office space.

“The opening of the new Sega of America headquarters in Irvine represents a new era for one of the gaming world’s most esteemed brands,” says Co-COO of Sega Corporation and CEO of Sega of America, Shuji Utsumi. “We’re so proud to introduce this amazing new space for collaboration and creativity for the Sega of America family. Since the company’s founding in 1960, SEGA has harbored the spirit of quality, fun and ingenuity in all our works. This new space helps to foster a genial and team-oriented culture to reinforce that purpose and create new stories and worlds that will entertain gamers for generations.”

Sega of America’s Irvine space functions to facilitate onsite collaboration, creative ideation and media streaming opportunities for the North American SEGA team members. With an indoor and outdoor flow, ample meeting spaces for spontaneous conversation, and colorful branding, the Irvine space sets the tone for creativity throughout the Sega of America team.

Shining Resonance Re:frain rated by Australian Classification board – is the game releasing to the west?