Today sees the release of Persona Dancing: Endless Night Collection for PlayStation 4 and Vita from ATLUS, and Monster Boy And The Cursed Kingdom for PlayStation 4, Switch, Xbox One and PC from Game Atelier.

Monster Boy And The Cursed Kingdom is the spiritual successor to the Wonder Boy series, and has the support of SEGA. Why it’s not just official, I don’t know, but early opinions are strong! You can check the launch trailer out after the break.

END_OF_DOCUMENT_TOKEN_TO_BE_REPLACED

Monster Boy and the Cursed Kingdom has come a long way! Back in early 2016 we interviewed Fabien Demeulenaere, Director of Game Atelier, on our Swingin’ Report Show Podcast, and now the game has seen a huge overhaul with enhanced graphics, animated cinematics and more! The latest news is a release date, with the game set to launch on the PlayStation 4, Nintendo Switch and Xbox One on November 6th, 2018. The physical launch edition of the game will include a full color 24 page instruction booklet and two sticker sheets. Those attending Gamescom can play the Switch version at the Nintendo booth in Hall 9.1.

Pre-Order the Launch Edition of Monster Boy and the Cursed Kingdom:
Nintendo Switch | PlayStation 4 | Xbox One

END_OF_DOCUMENT_TOKEN_TO_BE_REPLACED 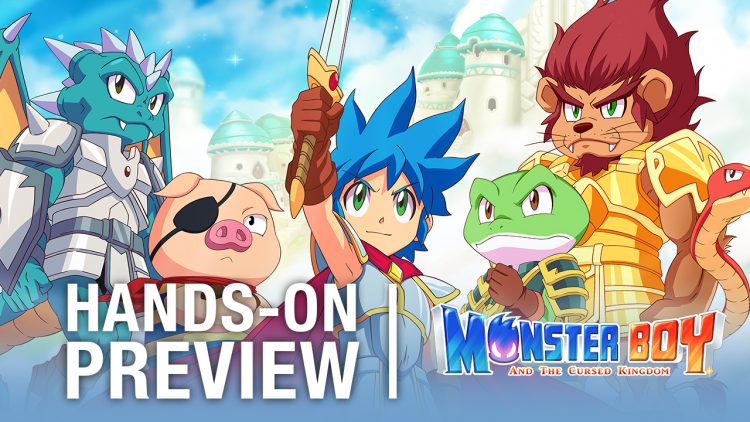 END_OF_DOCUMENT_TOKEN_TO_BE_REPLACED

Monster Boy and the Cursed Kingdom has been in the works for a very long time, so long that we even did a podcast with the developer all the way back in 2016! The team decided that after the success of Wonder Boy: Dragon’s Trap that they would refocus their efforts and add more into the game. It seems that their decision was a wise one because the game is looking a lot better in terms of animation and production values.

While we got two remakes of Wonder Boy games, including the incredible Wonder Boy: The Dragon’s Trap, Monster Boy and the Cursed Kingdom is set to be an all new adventure for the franchise. 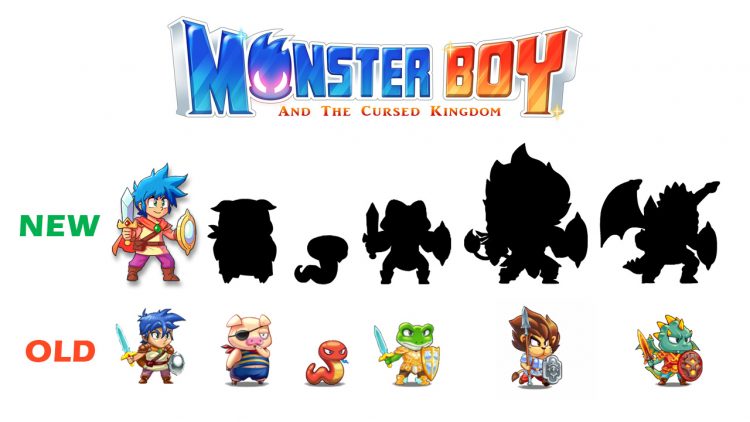 Monster Boy and the Cursed Kingdom, which is a spiritual successor to the Wonder Boy games and is being released by Atelier Games and FDG Entertainment. The game had a pretty nice demo at Gamescom, sadly we didn’t make it but this video will show you all the Monster Boy goodness we missed out on playing. I’ll be honest, there is something about the game’s art style that just doesn’t sit 100% right with me and I can’t put my finger on it. Not saying the game looks terrible, just preferences in art style. Maybe its something i’ll grow to like once I start playing it myself.

Monster Boy and the Cursed Kingdom is set for release later this year on the PlayStation 4, Xbox One and PC. Want to know more about the game? Check out our podcast with Monster Boy director Fabien Demeulenaere. What you think about this game? Let us know in the comments below.

We are very excited over here to get our hands on Monster Boy and the Cursed Kingdom later this year. If you haven’t heard, Monster Boy is a successor to the Wonder Boy series of games. Its crazy that we will be getting a spiritual successor and a remake of Wonder Boy III within the same time frame. I think we can consider ourselves a lucky bunch since the last official Wonder Boy game came out all the way back in 1994.

We actually got to talk to Monster Boy developer Fabien Demeulenaere on our Swingin’ Report Show Podcast where he talked about the process of getting the game off the ground, how he started working with Wonder Boy creator Ryuichi Nishizawa and how the Wonder Boy copyrights work with this title.

Check out the trailer and if its tickling your nostalgia funny bone make sure to pick it up when it launches later this year on the PlayStation 4, Xbox One and PC.  More information from the developer FDG Entertainment after the jump.

END_OF_DOCUMENT_TOKEN_TO_BE_REPLACED

Refresh your podcast playlists, because the SEGAbits Swingin’ Report Show podcast is BACK! On this episode George and Barry are joined by Fabien Demeulenaere, Director of Game Atelier, the French game studio working on the upcoming Monster Boy And The Cursed Kingdom. If that title sounds familiar, it is because Monster Boy is both a revival and sequel in the Wonder Boy/Monster World franchise, due out later this year to Playstation 4, Xbox One, and PC platforms.

In this exclusive first podcast interview for Fabien, he walks us though how the game transformed from a fan project to an official title in the franchise and talks about how the game both celebrates the franchise’s past and moves it into modern gaming. If you ever played a Wonder Boy or Monster World game on the Master System, Genesis, Mega Drive – or any other platform for that matter – this interview is a must listen.

Follow Monster Boy’s development by checking out their official site.

SEGA is getting ready for a whole new year, while 2015 saw a limited release of titles and had the company going through ANOTHER restructure; this year we will see some of the bigger budget SEGA games finally hitting the retail market. On this episode of SEGA News Bits, we talk about what YOU can expect from SEGA in 2016!