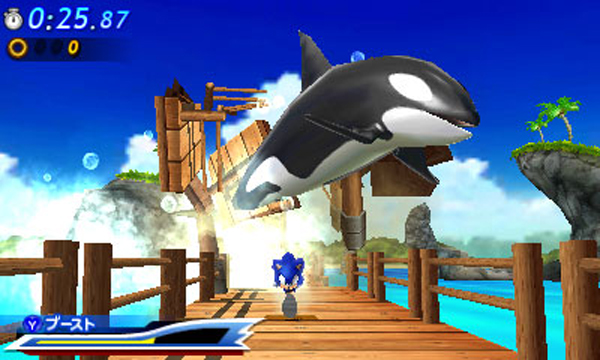 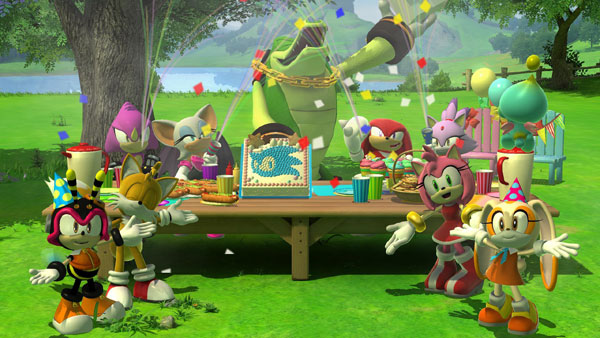 Looks like the rumors were true! The game, at least the HD version, will begin with Sonic’s friends throwing him a birthday picnic. Tails, Knuckles, Amy, Espio, Charmy, Vector, Rouge, Blaze, Cream and Cheese the chao surround a table covered in treats, chili dogs and a cake featuring the Sonic Team logo. As cheesy as it looks, I like it! At least characters who aren’t so friendly with Sonic aren’t in attendance. Would look strange to see Shadow and Silver in party hats.

The Sonic Scene also shows off the OST art and Japanese package art for the game, which can be seen at the link below.

UPDATE: A screen from the 3DS Casino Night modern stage appears! While we had known of the stage being in the game since the Nintendo Power article, this is the first screen to be released. 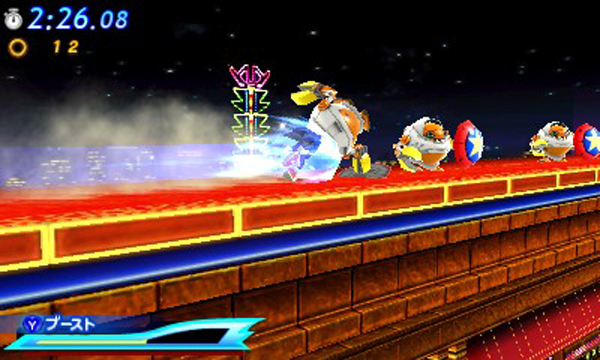