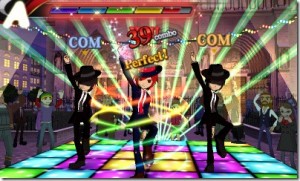 It’s taken nearly a year, but 3DS demos are finally going to be available on the eShop in Europe this week. Of course we don’t care about Resident Evil Revelations and Cooking Mama 4! So, what SEGA games will be made available on the eShop? Rhythm Thief and Maro and Sonic. No word on when these games will be made available, but with both games arriving in stores soon it will hopefully be sooner rather then later.

Update: Mario and Sonic has been confirmed to be hitting the American 3DS eShop on January 26th. No word on Rhythm Thief.

A Share of M&S Profits Paying for 2012 Olympics, Some Dream Events Detailed