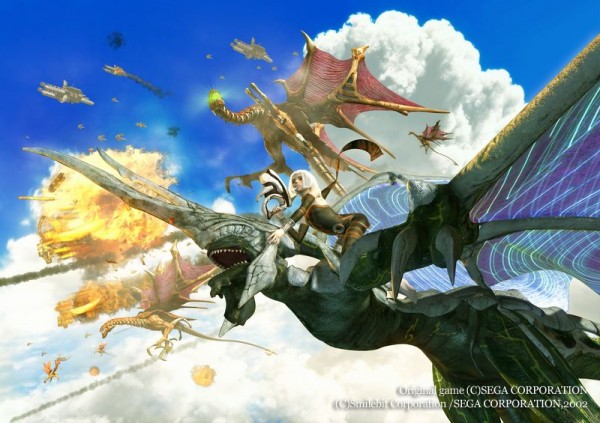 Everyone has that “one game” that defines their tastes and preferences for the rest of their lives. That one game that helped them discover or rediscover a genre. That one game they fell in love with and, to this day, hold it aloft as the best game ever made. Being a SEGA fan working on a SEGA site, it should come as no surprise to anyone that for me, that game was a SEGA game. What may come as a surprise though, is that it wasn’t a game made for a SEGA console, or some original genre-defining experience. It was instead, simply a master class release for the dying rail shooter genre: Panzer Dragoon Orta.

Released on January 17th, 2003 Panzer Dragoon Orta was one of my primary reasons for buying an Xbox. Just a year before I had no idea what the series was, but as I began to see the game’s stars blaze the covers of Xbox magazines and heard it was the sequel to a legendary SEGA franchise, my interest was instantly piqued. Following the death of the Dreamcast in 2001, I was a SEGA fan searching for a new home. The Gamecube, while fun at first, had proved to be a bit of a bust, mostly playing host to SEGA games I had already played on my Dreamcast a year before. Despite a fun-filled launch, quality software seemed to all but disappear after the release of Pikmin, and as the drought of software wore on, my taste quickly began to turn to Xbox, which I had initially ignored. As I looked at its Dreamcast-like controller, and saw its release list fill up with original SEGA content, I immediately began to realize that I had bet on the wrong console. Come May of 2002, I received an Xbox as a gift for stellar algebra grades, and from there I was free to explore the world of Xbox.

With an Xbox in my possession, my interest in the upcoming Panzer Dragoon game only continued to grow, and over the summer I decided to grab a Saturn and several games off of eBay. This would eventually lead to the Saturn becoming my favorite SEGA console, but that’s a story for another article. The important thing is that with the purchase of my Saturn, I got my first taste of Panzer Dragoon. I loved what I played. The games were fast paced and relentless, throwing hordes of uniquely designed bioengineered monstrosities and imperial battleships at me. Zwei in particular I fell in love with thanks to the addition of an ever-evolving dragon steed and a somewhat better storyline. It was through these games that I discovered a love for rail shooters. 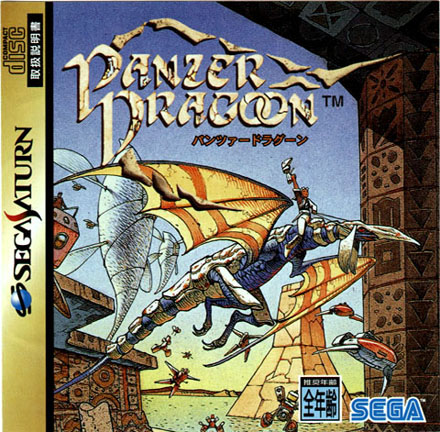 As the release date for Orta drew closer, I continued to snap up any magazine I could find featuring the game. Through these features I learned even more about the series’ history. When the demo was released through the Official Xbox Magazine, I played it dozens of times. The demo even became the subject for the first preview I ever wrote for a website. At the time, the demo was an absolute marvel. The graphics were the best I’d ever seen. The art style was gorgeous. The music was superb. I had never been so hyped for a non-Sonic SEGA game before. Naturally, it was then delayed another two months just weeks before launch, leaving me deprived of the game until after the New Year. Finally, after months of waiting, the day arrived and with it a surprising amount of promotion.

One thing that may surprise any people was just how much hype was being put behind this game. Beyond the countless magazine articles, Microsoft also included it on more demo discs then just about any other game except Halo. Finally, when the game was actually released, it was accompanied by the sort of advertising blitz I’ve rarely seen for a SEGA game that doesn’t feature Sonic. It was a strong ad to, featuring the song Violate from the band Bones Domingo. Microsoft even produced a special, limited edition Panzer Dragoon Orta Xbox for the Japanese market, something that was fairly uncommon back in the day. To this day is stands as the rarest Xbox model ever produced. It is an absolute beaut to, as you can see in the picture below. 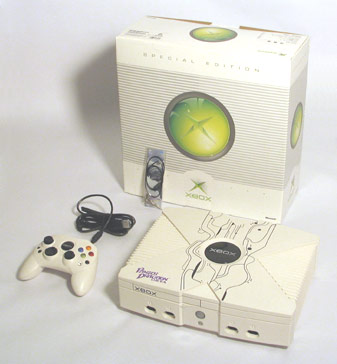 As for the game itself, well, Orta was everything I was hoping for and more. It was gorgeous. It was polished. Its world was unique, and its story was more substantial than either of its rail shooting predecessors. This game took all that was great about the others and expanded on them. Like Zwei’s evolving dragon? This game gave you three very different dragons to evolve. Loved Panzer Dragoon’s fast paced shooting game play? Here, things moved even faster. Each and every scene in the game was a puzzle that required quick thinking and skill to beat. The three different dragons forced the player to constantly think about their strategy, and pick the best dragon transformation for every situation. Neglect one dragon in favor of others and you may find yourself in a sticky situation where the dragon you need is too weak to get the job done.

I believe it was IGN that said Panzer Dragoon Orta was the “best rail shooter ever made”, and it’s easy to see why. No other rail shooter came close to Orta’s game play depth, artistic splendor, or high production values.To this day, that remains true. For me, the high point of this game was easily “Gigantic Fleet”. Here, the player was faced with the first truly overwhelming force of the game, as they took an entire Imperial fleet head on, followed by attacking and destroying an absolutely massive airship, culminating in a fight with the Empire’s ultimate weapons, the Dragonmares. The battle had an absolutely massive scale to it, and perfectly showcased to newcomers the power and cruelty of the Empire.

Panzer Dragoon Orta also had an emotional core that put its narrative above any rail shooter, too. The storyline was barebones in typical rail shooter fashion, but if you compare it to Star Fox 64 or any of its ilk….there really is no comparison. Orta herself was a sympathetic protagonist. I genuinely liked her.You got to see her grow and develop through the adventure, learn about her past, and see her develop friendships. Easily one of the strongest moments in the game was when the Orta and her dragon, Lagi, crash land in the tundra after the aforementioned massive battle with the Imperial fleet. The scene is beautifully scripted and conveys more emotion in its minute long run time than many games convey, period. Lagi is shown weak and defeated, its wings destroyed and its spirit broken. It is Orta, whom up until this point has relied on Lagi as a protector, who comforts and attempts to protect it from the cold. The scene, while brief and completely without speech, is incredibly poignant.Of course, the whole narrative was told in about 15 minutes worth of cutscenes sandwiched between levels, so the story itself is far from Shakespearean. It doesn’t measure up to epics like Metal Gear Solid 3 or Skies of Arcadia. For a rail shooter though, it was incredible. Don’t get me started on the ending….if you don’t tear up at least a little bit when Lagi collapses dead from exhaustion, you sir lack a soul. There is a brief scene after the credits, which feature an incredibly beautiful song called Anu Orta Veniya, that shows that Lagi at least left behind an offspring to carry on its legacy. Even so, to have a game end on such a bittersweet note is a rare thing, even today. 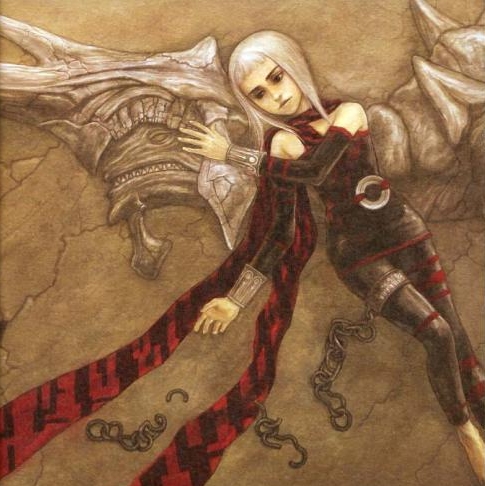 Through Panzer Dragoon Orta, I learned to love arcade style games. I learned to respect the more artistic, Japanese styled games. I learned that SEGA was far, far more than Sonic. I loved Panzer so much that I decided to open my horizons to more and more SEGA games, and have since fallen in love with retro classics like NiGHTS, Ristar, and Skies of Arcadia. Orta is easily one of the most influential games in my life. It’s a shame the game itself did so poorly, killing any hope to see the series continued or it’s genre resurrected. Hopefully, one day, SEGA will dig into its catalog, rediscover this gem of a game and give it a new chance at life. A port, a sequel, anything kind of new release is the very least this classic finale to a classic franchise deserves.