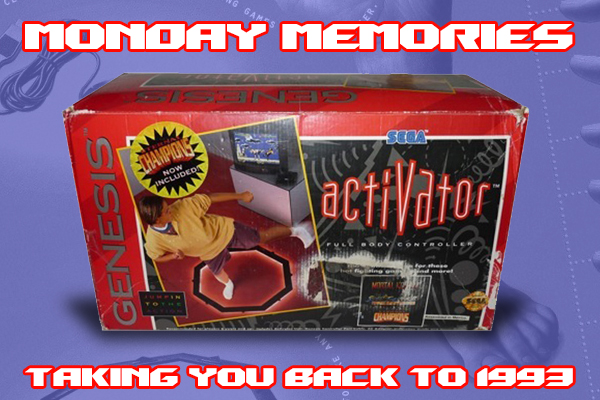 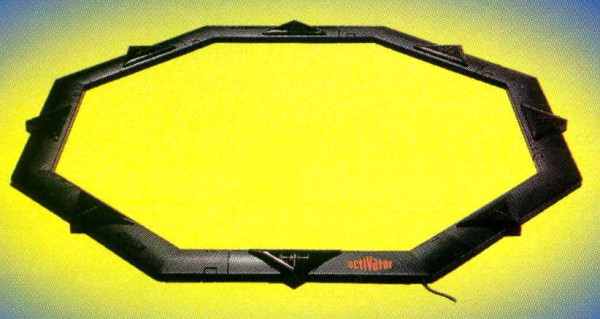 The SEGA Activator was basically a plastic octagonal shaped ring that you would get inside. It had infa-red beams and every time you used your body parts to interrupt the beams it would issue a command on screen. Very simple and it gives the illusion of ‘motion gaming’ that we know today. Below is the ‘SEGA Activator’ training video that gives you all the information you will need to know.

If you see the training video above you will find a lot of similarities to how Microsoft has been promoting Kinect. The fact that you will need room enough to move, lighting and all that jazz. You also see key phrases being used like ‘full body game controller’. So even though we like to think that this new ‘motion craze’ is a new idea and is aimed at the general public, the idea dates back to the early 90’s. That is right, the industry has been recycling ideas forever and ever.

Here is one of the kickers, setting up. I never understood the ideas for these type of motion devices, in theory they are suppose to be natural. You move your hand, the object on screen moves. Yet you have to set up this thing up, be a certain number of feet away from the TV and have the right type of lighting. Not to mention the SEGA Activator had to be re-calibrated every time you turned on the unit or changed games. Isn’t it just easier to plug in a controller?


Yeah, it is crazy similar. Especially when you know that one clip was done 17 years before Microsoft’s Kinect controller. Of course, Kinect, Move and Wii motion all use their own technologies to achieve these feats. SEGA’s Activator was a bit more primitive. But you can’t sit there and say they weren’t the same basic idea in the end. They are all trying to make gaming more interactive and it really shows the similarities (especially in these clips).

Above is a clip of SEGA showing off the SEGA Activator at CES 1993, with creator Assaf Gurner. You get a short introduction on how teens are asking to move around in games more. Moving around and being physical always seem to be the selling point for these devices. Then when they show off the device, they start doing a musical number. Another trend that we see at places like E3 and other electronic events.

Above is Nintendo’s infamous E3 2008 stage show where they showed off a little game called Wii Music. Even though SEGA didn’t create a music game for Genesis/Mega Drive to use with the Activator, Nintendo did. Was it well received?  No, it wasn’t. Fans hated it. But hey, it makes for a cool stage show, no?

Microsoft changed it up a bit when they showed off the Kinect at E3 2010, instead of focusing on a music game, they decided to show off a dance game. Dance Central by Hermonix, which impressed me a lot since I got to see awkward nerdy journalist embarrass themselves with professional dancers.

Above is footage from a few months ago when Sony showed off their Playstation 4 game console. Of course, the video game giant couldn’t help but show off a musical piece at the event, using their Playstation Move controller. So now we have the big three going into their ‘new motion’ devices and they all sort of show it off like SEGA did back in 1993. Talk about being ahead of the curb.

I couldn’t end a article about the SEGA Activator without using the clip of Siskel & Ebert playing the game during their show. Its no wonder that the late Ebert said video games aren’t art, he had to experience the Activator. Probably left a sour taste in his mouth.

6 responses to “SEGA Memories: How the SEGA Activator lead the way for other motion controllers”