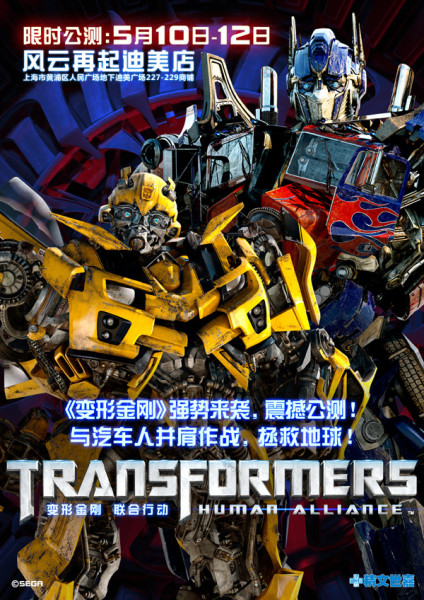 SEGA letting you choose the next Transformers: Human Alliance trailer

3 responses to “SEGA testing their Transformers arcade game in China”