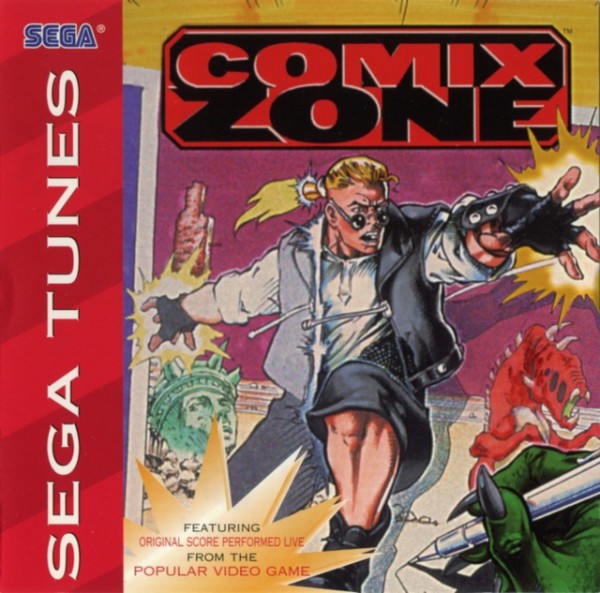 Above is the YouTube video featuring all 18 minute or so long soundtrack and a total of 6 full tracks of distorted guitars and angst-filled lyrics. Below is the track listing:

Honestly, this soundtrack recording isn’t the greatest but it really does capture early 90’s Grunge. I always hear people say that Comix Zone is a encapsulated cartridge that represents all things 90’s and I have to agree. This soundtrack just puts a cherry on top of the 90’s neon colored birthday cake.

Even bigger praise goes out to the composer of not only the 16-bit Comix Zone soundtrack but for composing, producing, engineering and performing the above tracks. Howard Drossin is really amazing and knocked it out of the park with this game collaboration.

You might have heard his soundtrack work in Sonic & Knuckles, The Ooze, Die Hard Arcade and even Sonic and the Black Knight in 2009. Not to mention he also did the score for couple of films I really like: Spike Lee’s 25th Hour and The Man with the Iron Fists (along with Wu-Tang Clan’s RZA).

So sit back, put on your bugle boy pants and let’s go for a nostalgia trip.