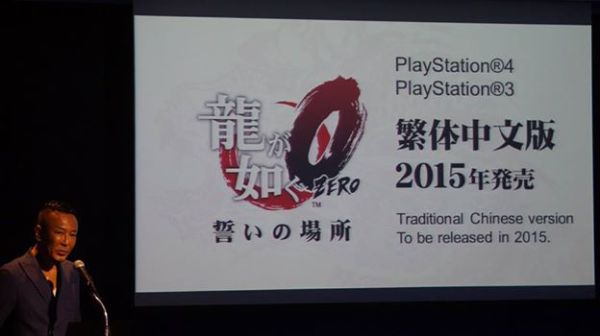 It seems that SEGA of Japan is really trying to cash in on the newly opened Chinese console market, a few months ago SEGA announced that they would be localizing Phantasy Star Nova and Shining Resonance in traditional Chinese. Now they have announced the same treatment for Yakuza Zero.

I’m glad that SEGA is taking advantage of China lifting the ban on consoles back in 2013. Even though console games had a 14 year ban, PC games did not and that industry was worth 6 billion dollars in China. I can see why SEGA is gambling on releasing their games for Chinese players.