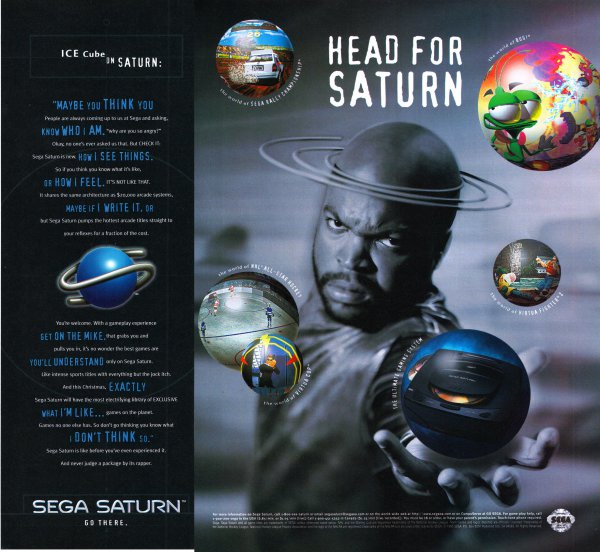 And you know what? I’m inclined to agree with SEGA! While I always find technical comparisons to be a murky area to argue, when you compare the games available… yes, I would pick the Saturn over the N64 at the time this commercial aired, and even twenty years later I’d still go with the Saturn. At launch, the options for N64 games were decidedly light. Sure you had Mario 64, deemed one of the best platformers of the era, but what about the fighters, racers, rail shooters, and light gun games? Saturn had a little under a year and a half head start on the N64, so a library comparison was fair play.

Interesting to note as well, the Saturn’s successor the Dreamcast really put the N64’s library to shame. During the Dreamcast’s North American lifespan of just shy of 19 months, the library grew to around 250 games. The N64, meanwhile, amassed 296 games over a period of 7 years. Basically, the Dreamcast nearly matched the N64’s amount of North American games in a span that took place within a quarter of the N64’s life.

In the comments below, tell us which system you prefer: The Saturn or the N64!

One response to “Classic SEGA Ads: The Saturn takes on the N64’s itty-bitty library”