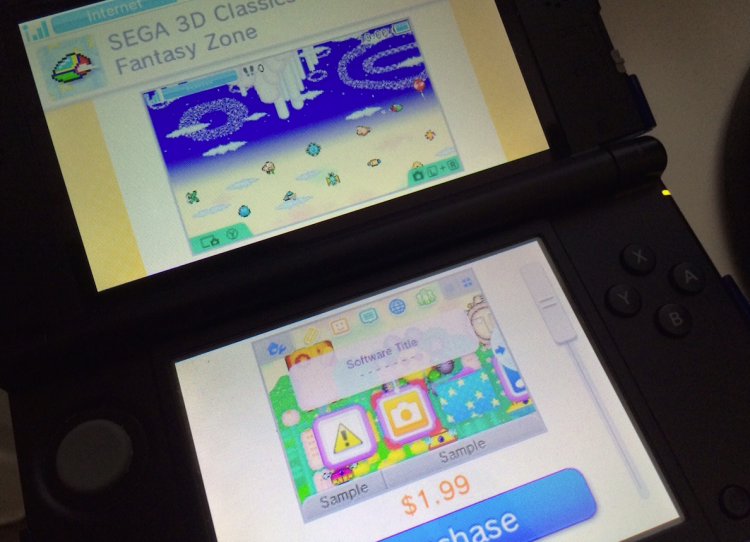 While SEGA has released several awesome Nintendo 3DS themes over in Japan, here in the West all we have are Sonic the Hedgehog themes. Don’t get me wrong, I like Sonic, but what about SEGA’s non-blue hedgehog stuff? Well today things change, at least for North American fans at the time of this article. Via SEGA Localization Producer Sam Mullen comes news that 3D Space Harrier and 3D Fantasy Zone themes release today! Available now for $1.99 each, these two themes feature graphics and sounds from both games and are an excellent way to scrub every hint of Nintendo off of your 3DS. Fill the home screen with SEGA games, pick a SEGA 3D Classics theme, slap on a SEGA branded skin and you’re all set!

No word on Europe yet, but when we hear something we’ll update the story.