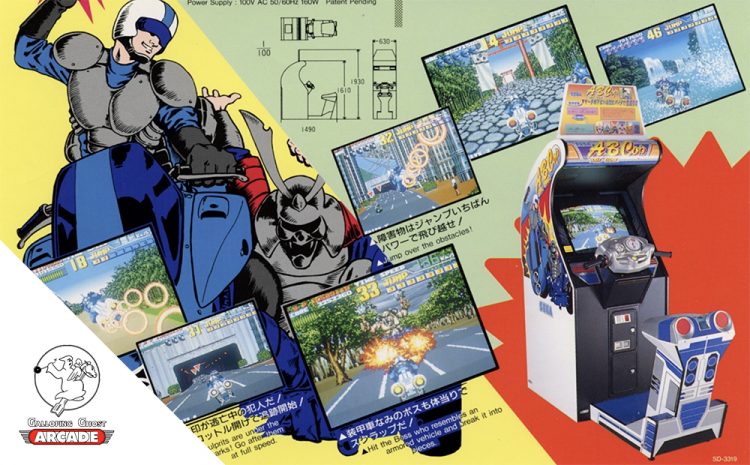 Released around 1989, A.B. Cop (Air Bike Cop) is a Sega X Board rarity that few know about and even fewer have played. A super scaler game, like After Burner and Thunder Blade (also Sega X Board titles), A.B. Cop was jointly developed by Aicom and SEGA. In the game, you control an air bike cop who is out to arrest criminals by crashing into their vehicles, thus disabling them. The game is played on a sweet dedicated cabinet in which you perch yourself on a seat and use handlebar controls to move left and right, a button to jump and a lever to accelerate.

Sounds great, right? Want to play it? Well Galloping Ghost Arcade in Brookfield, IL just added the game to their arcade floor in a lovely dedicated cabinet! Revealed as their Monday Mystery Game via live stream, A.B. Cop came to the arcade direct from Japan. You can hear the story of how they acquired it and check out some gameplay footage on the stream. I plan to check the game out this weekend, and if you want to give A.B. Cop and 600+ more games a spin head to Galloping Ghost Arcade for yourself!