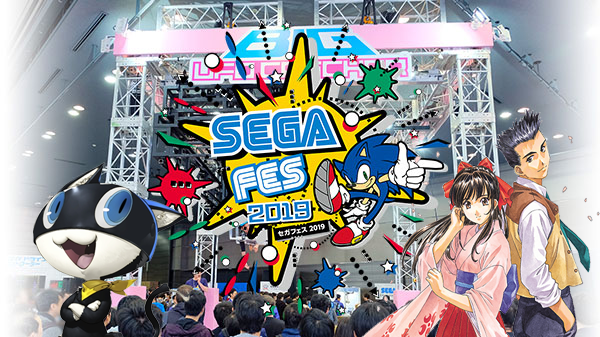 At this year’s SEGA Fes event taking place in Japan, SEGA plans to have exhibitions for Sakura Wars and Atlus Games which will be taking the center stage at the event. The Sakura Wars series will have an exhibition on the 2nd floor with displays of various memorabilla and artwork from it’s game development. For Atlus, they will be celebrating it’s 30 year anniversary by showcasing various games developed by the company, including Shin Megami Tensei, Persona, Etrian Odyssey, and more.

To expand on Sega Saturn’s 25th Anniversary in 2019, a giant Sega Saturn controller will be present with playable classics like Fighters Megamix, Dynamite Cop, and Hanagumi Taisen Columns.

Aside from this, the main stage will feature news on upcoming games, new game reveals, and a Puyo Puyo E-Sports tournament. SEGA Fes 2019 will be held from March 30-31, 2019 in Japan at Bellesalle Akihabara, Tokyo.