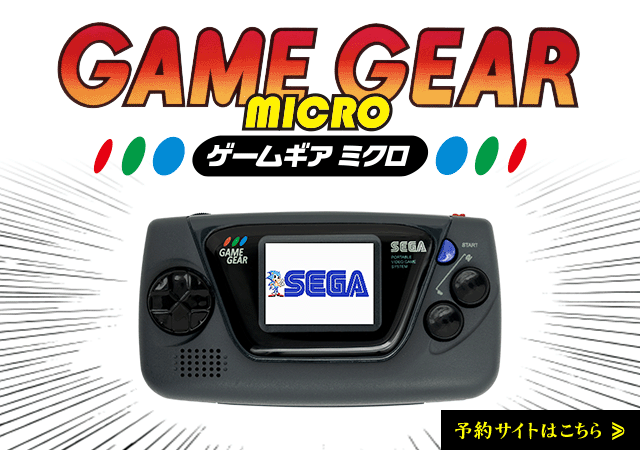 Following the success of the Genesis/Mega Drive Mini, SEGA has announced that they are working on a Game Gear Micro handheld. The news came as part of SEGA’s 60th anniversary, in an interview between CEO Haruki Satomi and the new SEGA of Japan mascot Sega Shiro. The revealing interview, which is worth a read even with Google Translate, touches on fans speculating that the SEGA Saturn will somehow be revived (perhaps as a Mini plug-and-play console) but instead the plan is to release a Game Gear Micro!

No additional details are given, aside from a landing page, and according to Famitsu more details are coming at 13:00 Tokyo time today (so just in a couple of hours). Pre-orders will open soon after the reveal.