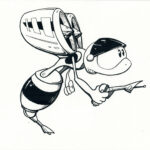 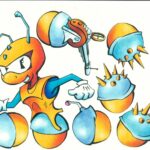 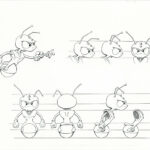 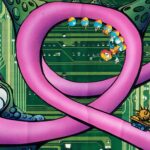 Craig Stitt on this concept art: “He was supposed to be microscopic.“

“I don’t think I posted this already, but this was one of the pieces of concept art I did to pitch the idea of ‘Astropede’ to SEGA (another working title was ‘SEGApede’)

The segments in his body worked as power ups which you would find along the level. They would detach and start rolling away if you took a hit. You then had to snatch up the pods before they rolled too far away.

You also needed to find a ‘caboose’ pod to secure the other pods to the train or they could fall off if you got going too fast or took a turn too sharp. He was also going to have a play two character that was little hornet/wasp whose abdomen could be swapped out with the same pods the main character carried in his train.”

As far as that prototype: 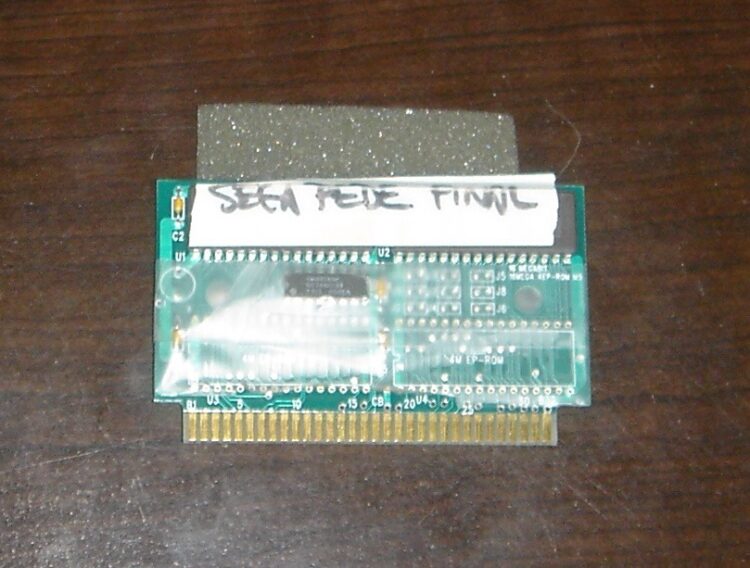 “This, and a few other boards/prototypes are in a box… somewhere. They weren’t in the box I thought they were, so that has me a little worried that the box is ??? lost.“

“Actually, I just realized the box that is missing has ALL my SEGA games in it… which might be a good thing, since it shouldn’t have been tossed out my accident, and is probably just mislabeled somewhere in the garage.”

Its crazy how many older developers have literal treasures in their garage like this. I will have to leave this gif that describes how I feel about all this:

A TSA officer told Peter Moore: “I don’t need to see your passport. You’re the asshole that gave away Shenmue to Xbox”