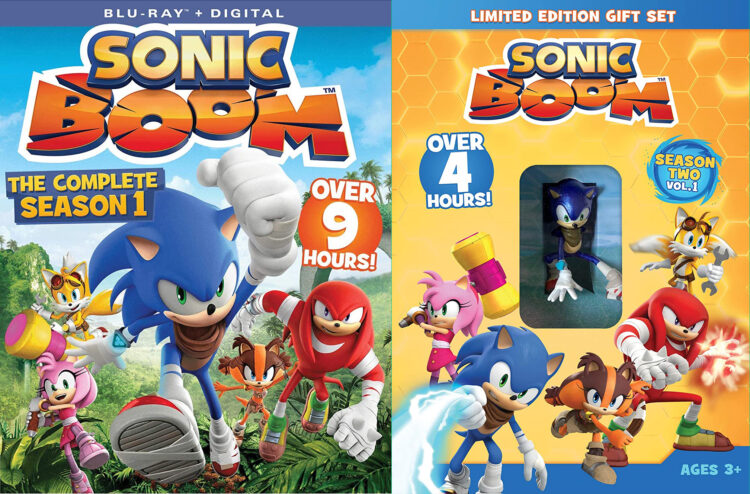 We previously reported on Sonic Boom season 1 releasing to blu-ray and now we have pre-order listings and box art! Season 1 will not only include 9 hours of episodes on 3 blu-ray discs, but there will also be a digital code to be redeemed on a service called movieSPREE. Also revealed is the cover art and bonus item in the Limited Edition Gift Set for Season 2 Vol. 1 of Sonic Boom Season 2. Instead of more figures, they’re including a backpack hanger. Not as exciting as Amy and Sticks figures, but it could be because TOMY no longer produces the figures which were included in previous sets. There is also a standard version without a toy included. All three releases hit May 4, 2021 and pre-order links can be found below.