We finally received news at the Game Awards with not only the announcement of the Sonic the Hedgehog 2 movie trailer, we also got a quick look at Sonic Frontiers which is set to be released this Holiday 2022 for Nintendo Switch, PlayStation 4, PlayStation 5, Windows PC, Xbox One, and Xbox Series X. Here are the details on Sonic Frontiers:

“Worlds will collide in Sonic the Hedgehog’s newest adventure. An experience like never before, accelerate to new heights and experience the thrill of high velocity open-zone freedom. Battle powerful enemies as you speed through the Starfall Islands – landscapes brimming with dense forests, overflowing waterfalls, sizzling deserts and more! Planned for Holiday 2022.“

According to Game Informer, Frontiers is an open-world game developed by Sonic Team Japan and led by Sonic Forces/Sonic Lost World director, Morio Kishimoto. Sonic embarks on an adventure to the Starfall Islands, a collection of forests, deserts, waterfalls, among other biomes. It’s unsure what to expect, but based on the trailer, Sonic has some titanic opposition standing in his way. Ian Flynn has also been announced that he will pen the story for the title.

Hit the jump to check out the screenshots. 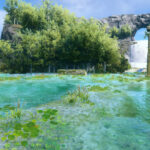 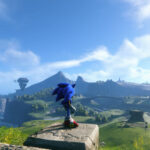 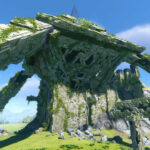 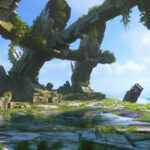 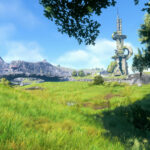 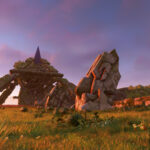 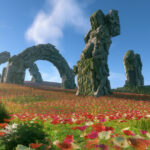 One response to “Sonic Frontiers revealed at The Game Awards 2021”