Steven Spielberg’s upcoming film Ready Player One, based on the novel by Ernest Cline, had a new trailer released for Comic Con and man does it try to outdo Roger Rabbit and Wreck-It Ralph in the cameo department. While the scale of cameos isn’t huge, they sure are all over the map. Viewers have spotted The Iron Giant, Deadpool, Harley Quinn, Gandalf, the DeLorean time machine and other pop culture easter eggs (with many news sites inaccurately reporting it’s all 80s pop culture nostalgia). Being a SEGA fan site, I frame-by-framed the trailer and found a SEGA reference so that SEGA in the Media may live on!

At the 1:40 mark a futuristic red motorcycle appears sporting several stickers including the Atari and Taito logos as well as Hello Kitty and the SEGA logo. Who knows what other references to SEGA the movie will have, but this is a good sign that there could be more. After the break, check out a screengrab of the SEGA sticker.

END_OF_DOCUMENT_TOKEN_TO_BE_REPLACED 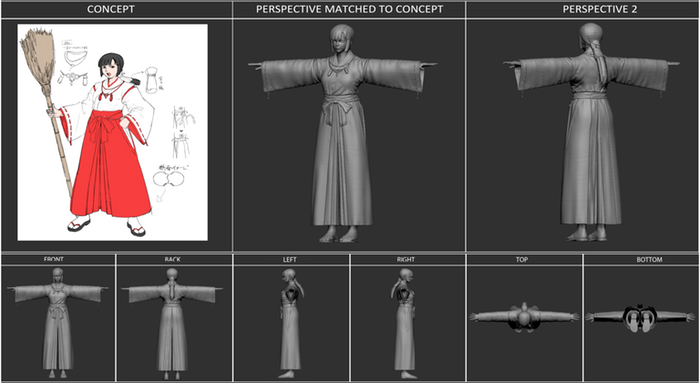 Ys Net has updated their kickstarter page for Shenmue III informing everyone that from constructive criticism to kind words of encouragement, Yu Suzuki and the entire Shenmue III Team are more determined than ever to bring to the Shenmue III that will live up to fans expectations.

They will be making an appearance at Gamescon 2017, Germany’s mid-August gaming event and plans to show our newest movie clips, share the latest updates and make new announcements. The logo for the game has also been updated to a slightly newer design.

Lastly, the team have been developing the inhabitants who will set the stage of adventure in Shenmue III with new concept art of three characters.

Hit the jump to take a look at the updated logo and concept art for the game.

END_OF_DOCUMENT_TOKEN_TO_BE_REPLACED

SEGA’s Sam Mullen said that the ‘The Future of SEGA’ Japanese teaser released a few weeks ago would be translated. The teaser was suppose to show the company’s new start up logo, which was confirmed by Sam Mullen. IGN published the teaser for the new start logo and titled the video ‘The Future of Sega’ which would mean that the video isn’t only about the new start up logo but also as a rebranding for the new direction the company is going on its ‘road to 2020’. ‘The Future of Sega’ teaser features Toshihiro Nagoshi as he explains what SEGA is striving for, but it is still a bit mysterious.

We talked at length about ‘The Future of Sega’ teaser and the new start up logo on our SEGA News Bits episode, so check that out if you wanna know more about my opinion on the whole thing. What do you guys think now that you guys got a gander at the trailer in English? Are you excited for ‘the future of SEGA’?

Is SEGA now going to be typed as Sega, officially? I’m ready for the future, LET’S GO!