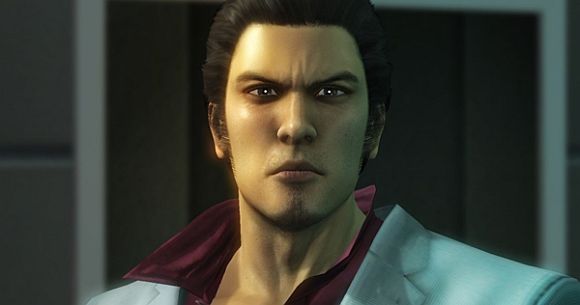 SEGA’s been having quite a splash in the United Kingdom recently, a cumulating of several high profiles ranging from a heavy hitter from last year in the form of Mario & Sonic at the Winter Olympic Games, to the recent blockbusters of Aliens vs Predator and Sonic & SEGA All-Stars Racing. But how did two new additions to the chart, the much heralded Yakuza 3 as well as Sonic Classic Collection, help out SEGA in the recent charts and did SEGA manage to hold onto the 25% of the top 40 individual format? Read on to find out!

At first glance, one would be excused for wondering why SEGA has no title in the top ten, but outside of Yakuza 3 and Sonic Classic Collection, neither of which are major releases, SEGA has not had a major release in over three weeks, so the positions of various titles should come as no surprise, especially when one considers Final Fantasy XIII and Battlefield: Bad Company 2 take up five positions in the chart amongst themselves.

But it is the sheer number of titles that helps SEGA hold upto 25% of the chart to them, take into consideration this has occured as such since the release of Sonic & SEGA All-Stars Racing, that is a fantastic achievement. One should consider that only a first party publisher, Nintendo, rivals them with themselves having ten titles in the top 40. The only other publisher that comes close is Electronic Arts, with 5 titles in the top 40 (Though two of them in the top 10)

It seems no amount of extra content (Even if said extra content isn’t even SEGA content) can save the 360 version of Sonic & SEGA All-Stars Racing being outpaced by both the Wii and DS version (Although to be fair, the latter was released a week later) with the Wii version is the second best selling Wii title in the country, with only New Super Mario Bros. Wii beating it and the same being said of the DS version, with only the latest Professor Layton game beating it. Both HD versions are holding on (Literally for the Playstation 3 version) in the top 40, in the console specific top ten, however, both still feature, 8th for the Xbox360 and 10th for the Playstation 3 version.

Aliens vs Predator is proving to be quite the behemoth for SEGA and it’s chart position is still holding strong despite being out for over three weeks, infact, in the multiplatform charts (That’s the one that combines all versions of a title instead of individual chart positions like the one above) it’s placed eighth (With Sonic & SEGA All-Stars Racing directly above it at seventh) and with American sales being well over 193,000 for February and with it holding several positions through out Europe, without a doubt it’s going to be SEGA’s biggest seller this quarter.

And finally we get to Yakuza 3, I must admit, I was almost certain that the game would fail to make it anywhere near the top 40, let alone coming in at 23rd. What is surprising is despite minimalist marketing and a full price tag (£39.99 at most retailers) the game actually managed to chart, something Yakuza 2 failed to do what so ever (Only making the budget charts for Playstation 2 and even then, it was 7th) this is amidst a sea of controversy regarding cut content but despite that, Yakuza 3 will certainly sell much better than it’s predecessor, at least in the UK.

It however could not better the original Yakuza which arrived at 20th, though that was with a less hectic release schedule (Just Cause and Dead Rising, a week before and a week after, being the only major releases) and a larger marketing budget, take that all into consideration and one could make the point Yakuza 3 has performed far better. Keep in mind the original Yakuza only lasted two weeks in the top 40, we will all be hoping Yakuza 3 lasts much longer. Yakuza 3 also starts strong in the Playstation 3 charts, at sixth which again was superior to Yakuza 2’s starting position but not so compared to the original Yakuza, which started at number 3.

So that covers it for the UK charts this week, Infinite Space and Resonance of Fate are only around the corner, SEGA may yet continue that 25% share of the top 40 in the UK a week longer, until next time!