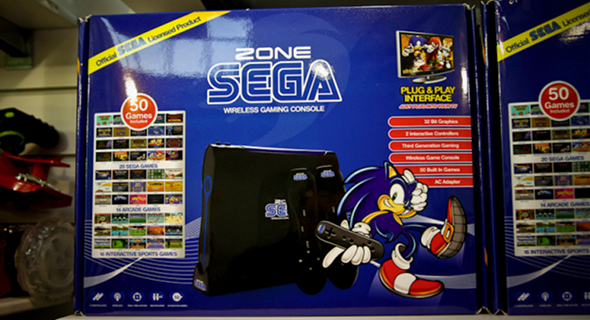 Let’s be positive, there will be another SEGA console some day (I hope!) and it will need unique features and even catch up with features to make it stand out against the competition. So if SEGA announced a new console soon, these are the features I think they need to have.

I think I know a ton of you have your own features you would like, so comments are always open.

No proprietary add-ons and cords

Nothing make me more mad than having to get two fucking arcade pads because the Xbox 360 won’t take a PC arcade stick, but the PS3 will. That is just frustrating. I also hate having to get a special ‘power’ cord that costs way too much and is only made by the console manufacture.

I’m glad that HDMI is becoming a standard and so is USB for consoles. I would love if the power source and other items used the same standards as other devices. Why buy a ton of crap we don’t need? 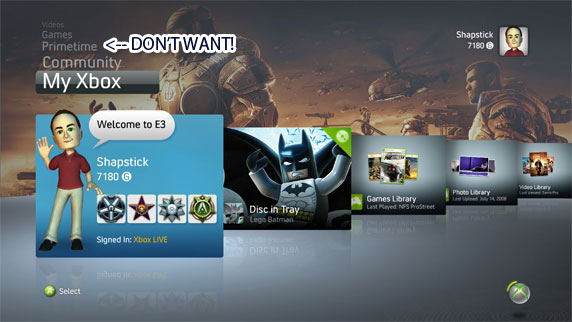 This is another thing that both Sony and Microsoft got wrong and Nintendo actually did it correctly. I’m not saying that Nintendo’s dashboard for the console is better than Microsoft or Sony’s, but I do give them props for allowing you to add and take off icons at will. There is always a new update on the HD consoles that adds more icons/tabs I will never use that start to clutter my dashboard. If they allow us to customize, the more the better.

Also bring themes like the SEGA Saturn dashboard, now that is a dashboard! 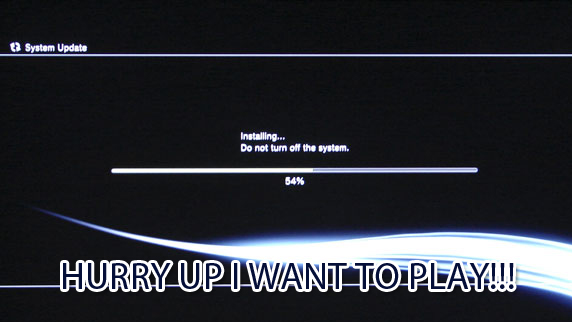 Got a new game? Awesome, pop that baby in. An update! Well put it in the background; you can’t? That sucks! This is something that should be standard next generation. There is no point of me looking at a ‘status’ bar all the time. Let me get on and do something else.

I have noticed that on the PS3/360, if you are playing older games like PSone or Xbox, you can’t be signed online at the same time. That is nonsense, SEGA should have an always connected (if you want to be signed in that is) service.

The back catalog of classics 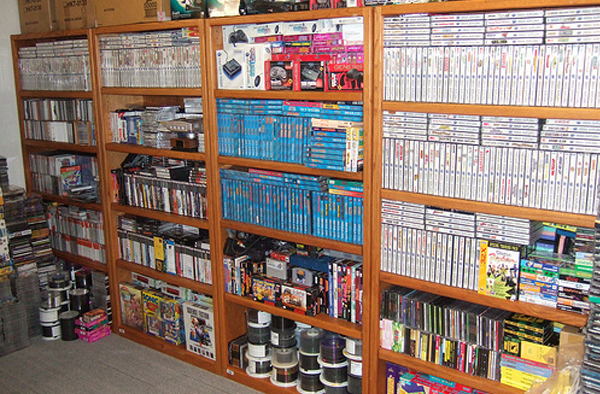 This is where SEGA excels at, a huge back catalog of rare and forgotten games that need to make a comeback. SEGA is bringing some of their Master System and Genesis games back via download and compilation discs; but what about Dreamcast and Saturn?

Re-releasing SEGA games on their own console can even give them a better idea of what games will sell if they bring them back.  Say, if a game like Panzer Dragoon Saga sells a ton of copies, there is obviously a demand for it and production should be lower since it’s on one console.

Let’s be honest, there is money to be made with social ventures like HOME and Xbox’s Avatars. Sony reported tons of sales on their HOME service, regardless of it launching with pretty much nothing. Sure, now they are taking fan request and improving it, still could use a ton of stuff to do.

So how can SEGA compete with something like HOME? I think it is quite simple. Have a Phantasy Star Online game built into each console. Let’s be honest, the damn game is like crack, imagine if they got everyone hooked and sold special edition outfits and themes for your room for extra cash? What about decorations? They could even have ‘Game Rooms’ sort of how developers have their own spaces on Playstation Home. What else? Questing with a ton of friends, building XP and chatting it up. Not to mention, SEGA can also release ‘mission packs’ ‘expansions’ and other things to make money. 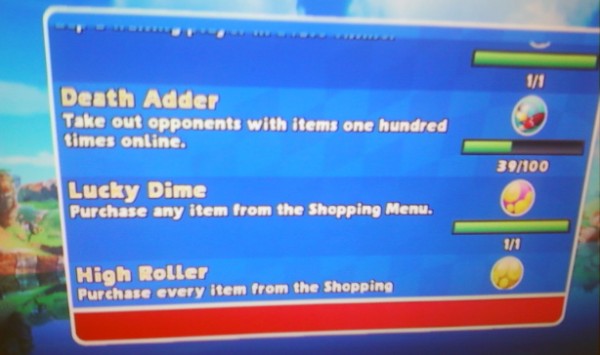 I think we are all trophy and achievement whores sometimes . I have to admit, it’s a good way to have people buy games sometimes, they see a game for budget price and they pick it up to boost their score. Sounds odd, but it happens. I think SEGA should approach a new way of doing this sort of stuff. I think they should have progress built in. Like let’s say you have a trophy that says “Kill 40 people with an AK-47.” If you click on details, it should show your progress and say 20 killed, that way you don’t have to do guess work. I know SEGA & Sonic All-Stars Racing has something like this build into their game (picture above), this should be mandatory for the next SEGA console. Also separating DLC achievements/trophies from the regular game.

Other features that SEGA can think of playing around with are disabling trophy/achievement notifications and letting people delete trophies. I mean, we all rented a game before and didn’t unlock a achievement in it, why have it on the list? How about giving virtual items for free if someone unlocks some special task? That would rock.

We want to see clouds! 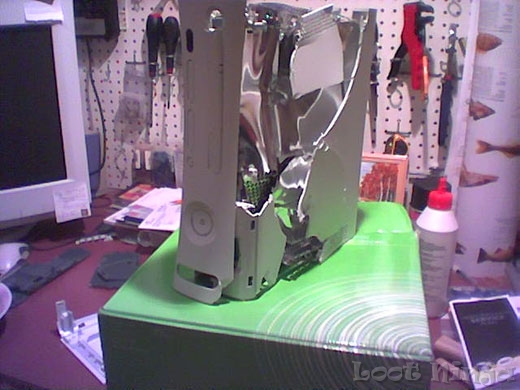 [Wonder if I can get my Gears of War saves back…]

I’m shocked this isn’t a standard , saving all information on a server. I’m talking about your saves, it would be amazing if you can access them off a server anytime and anywhere by just logging into your user name.

Give me my apps or give me death! 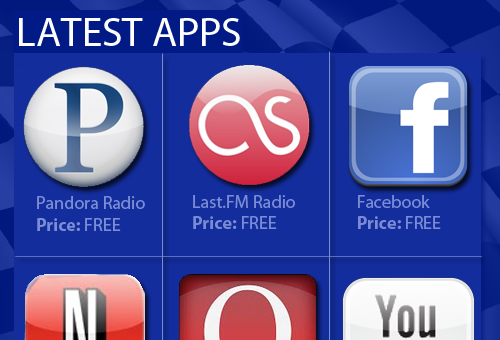 This is something that most console manufactures don’t really try to exploit, applications or having a store for them. Apple knows how to handle this, letting people submit apps for their store and them approving them, making it a selling feature for their mobile phone and iPod Touch.

Sure, some consoles are getting applications like Facebook, Twitter and Last.FM, but it’s way too far in-between. In the last 5 years, you only have like 4 applications? No, having a huge store and letting developers submit their applications would be amazing.

Updating your VMU to something amazing 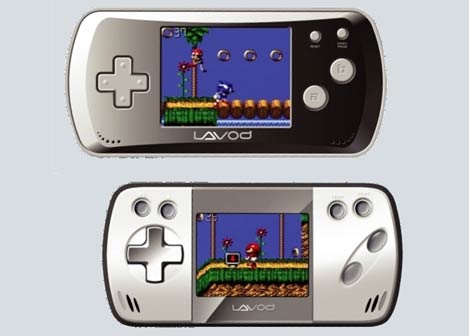 This is something that a lot of us Dreamcast owners liked. Sure the VMU had issues, it didn’t have the best support and the battery would die too quickly. So there was always room for improvement.

I think adding a new one, with a color screen that can support apps, double as an MP3 player and play Genesis era titles would be amazing. Not to mention even play some videos, that way you can have all the content you payed for on the SEGA store, sync to your VMU and take it on the go. Fancy pants! 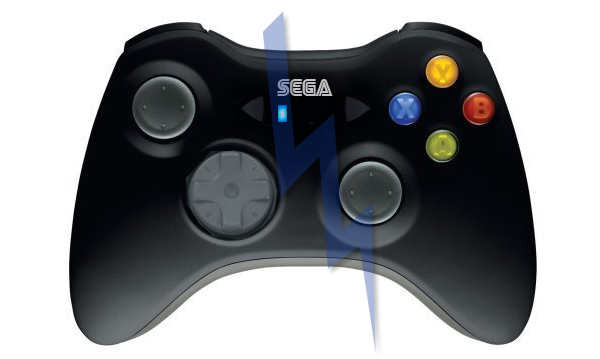 I think one of the biggest issues with the whole motion controller future, is buying extra controllers, look at how expensive controllers are these days. They will end up costing you about $60 each, after all is said and done. Imagine having to only need one controller and that controller serves two purposes? Genius!