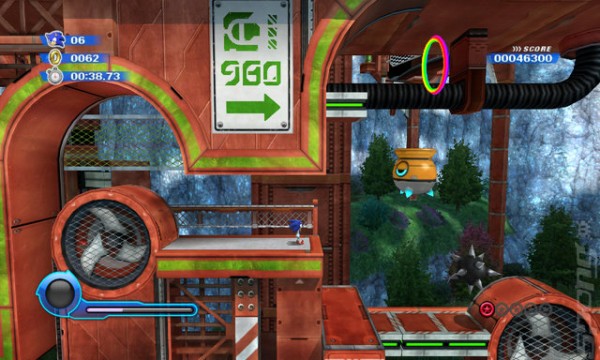 Thanks to VideoGamer.com, we have Iizuka’s thoughts on the Sonic Cycle (aka that thing made by Sonic fanboys in Photoshop that has led to many lols, derps and omfgwtfs). Check out Iizuka’s comments at VideoGamer.

Also in Sonic Colors news, we have some new screens from a yet-to-be-demo’d stage! The stage looks as though Eggman has established some sort of logging empire on an alien planet. Great to see massive buzz saws return, and gotta love those Egg Pawns wearing hard hats. Check out the screens below.

Speaking of stages, and this is a personal aside, what gives with Sonic Team dropping the use of “Zone” in 3D Sonic games? Sonic Adventure used the terms “Adventure Stage” and “Action Stage”, with the latter being the new term for Zone. The second Adventure game simply used “stage” and this carried on through Unleashed. Now, with Colors, it seems that they aren’t even using the term “stage”. C’mon, you can’t tell me that “Sweet Mountain Zone” sounds way better than simply “Sweet Mountain”. Zone is such a uniquely retro Sonic word, that you’d think it would return in an attempt to win the hearts of old school fans. Anyway, the new stage looks cool. 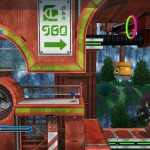 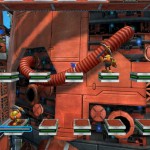 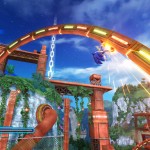