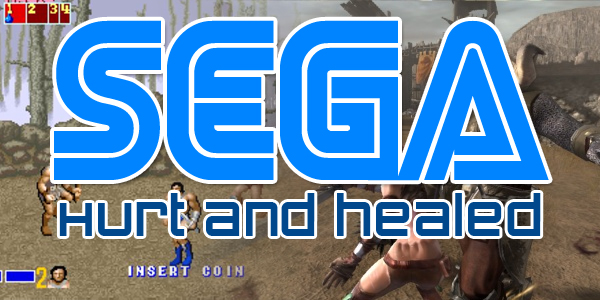 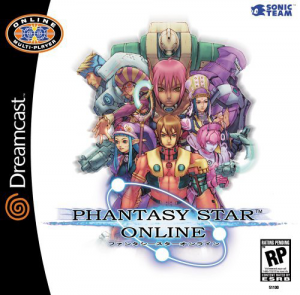 Some may argue that Phantasy Star was ruined with Phantasy Star Online. In my opinion, Phantasy Star 4 was the perfect ending to the original series, and PSO served to give it new life through a fantastic new game play style, inducting thousands of new fans into the franchise.

Hurt:
I was one of the many that played Phantasy Star Online on the Dreamcast to death. I later moved onto the Gamecube version, and finally Blue Burst.

So when Phantasy Star Universe was announced you can imagine I crapped my pants, so much promise! But when it finally came out it was marred with problems and lacked content. It was ultimately inferior to its addictive predecessor. 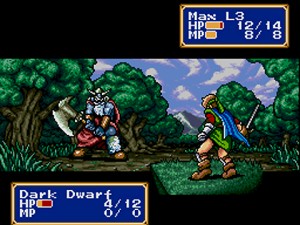 Oh, Shining Force how I loved thee. Each entry outclassed the last in scope and size (though SF2 remains my favorite).

Hurt:
I still remember reading about Sega’s plans to bring back the series. The whole world rejoiced and there was peace on earth. Then the games started coming out. An action RPG with generic teenage characters and plots that resemble a crappy anime show?  Who is this Tony prick and why does any one think his art is good for this series?

Healed: NO!
No, unfortunately, it hasn’t been healed. The latest game announced, Shining Hearts, looks as generic as ever. It doesn’t look as Shining Force will be healed any time soon.

But it isn’t too late! Sega has a beautiful engine available to them. Valkyria Chronicle’s CANVAS engine would be perfect for a new Shining Force game, and the Blitz battle system could be adapted for a Shining Force game with relative ease, I’m sure.

bring back that great old medieval knights artwork, bring back the centaurs and the birdmen. Enough of these crappy cat girls. For the love of god, please bring back the fantastic Tactical-RPG game play we all know and love. 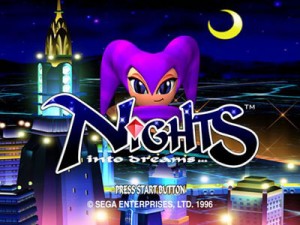 NiGHTS was a hell of a game game. I’m sure everyone here agrees. It was far ahead of its time in both game play and vision. Not to mention it was a blast to play!

Hurt:
We all asked for it didn’t we? We all asked for a sequel to NiGHTS even though Naka- san himself said he regards it as a perfect game that doesn’t need a sequel. But we pushed for it and we got it. It turns out, Yuji Naka was right. NiGHTS: Journey of Dreams for the Wii was a mess. While I will admit that the art direction and the NiGHTS levels were as beautiful as ever, the game suffered from many of the same problems recent Sonic games have suffered from.

The original game thrived around fluid controls, and the ability to score attack yourself through perfecting course runs. JoD’s game play was a shadow of the original, with a scoring system that relied more on speed runs then perfecting a course. No longer could you go through a course over and over again after getting the item you needed. Instead, you where punished for not blasting through a course and grabbing the item on your first try. The Wii’s weird octagonally shaped analog controllers (as opposed to the Saturn’s perfectly circular 3D pad) didn’t help matters with the controls either.

NiGHTS did not need voice acting or a complicated story, the character was much more majestic and mysterious when we knew nothing at all about it. And we most certainly didn’t need any levels were we play as the kids to flesh out the experiences much like we didn’t need to play as the werehog in Sonic Unleashed. Most of this game’s extra gimmicks simply weren’t fun.

Healed: KIND OF
To be honest I don’t imagine we will ever see another NiGHTS game again, the demand has pretty much died out and I don’t see much room for a purple dream jester in today’s videogame market, unfortunately. Sega did re-release the original (and still the best) NiGHTS on the PS2, and while it was not have made it to the west, it is something. Bring the original NiGHTS to PSN and XBLA and I’m willing to forget Journey of Dreams ever happened. 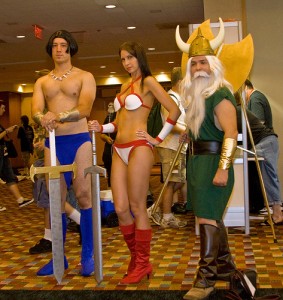 While Golden Axe was never a game I was a huge fan of personally, I know a lot of Sega fans who do have a soft spot for this classic arcade hack and slash.

Hurt:
While through out its history Golden Axe has had some great games and some…well, horrible games, the series’ best games are considered classics.

So when Golden Axe: Beast Riders was announced as the return of Golden Axe, a lot of people rejoiced. Even I was a little excited! Regrettably, the more we saw, the more it looked like it was going to be another mediocre hack and slash.

We were right…it had very little in common with the original games, the game play was dull, the camera was poor and it didn’t even have co-op game play, one of the main draws of the original series.

Healed: NO
While I gain some twisted pleasure knowing that Secret Level, the developers of Beast Rider, are now defunct, that doesn’t really fix the problem. Beast Rider is still the last game in this series and I think it is possible to revisit this series and make something special out of it. While I think making a side scrolling co-op beat-em-up would no longer be big news in the industry, I think the series could take a new approach along the lines of God of War or even Creative Assembly’s Viking: Battle for Asgard. 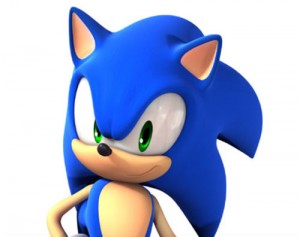 Ah, Sonic… you knew it was coming right? This might be the single biggest reason for the recent ‘Sega Sux’ trend.

Hurt:
Where did it all go wrong? Everyone has different opinions, but I’ll tell you when I think it went wrong.

Now I’m not going to lie. I, like many of us, loved Sonic Adventure and Sonic Adventure 2, but there is where the problem began.  Sonic Team used other playable characters and other game play mechanics far removed from the classic Sonic games. Sonic Adventure is also where the game began to ‘play itself’, the story went from evil science against forest animals to apocalyptic monsters, voice acting and scripts were included. Rock music which cheesey lyrics and more.

From there, it all went down hill. Games like Sonic Heroes, Shadow the Hedgehog and Sonic 06 were terrible, and while others would disagree, I personally hated the ‘story book’ series too.

Healed: MAYBE!
While Sonic Unleashed was far from perfect and the werehog sections were a total downer, it was worlds better and more ‘Sonic’ then any 3D Sonic game since Sonic Adventure 2. It had some great levels, good level music, nice graphics and Sonic’s model was arguably the best 3D model yet. But alas it had its faults and they mounted up.

On the other hand Sonic Colours looks like a very promising game. The Premise is wacky, the level designs are whimsical, Sonic is the only playable character, and he retains his Sonic Unleashed character model. The game has new writers (the guys that wrote the MadWorld script in fact!) and even the voice actors are replaced. While it is still not a classic Sonic game it does not claim to be.

Unleashed formula with many of the original’s problems taken into consideration. The Wisps are gimmicks, but this is what a gimmick in a Sonic game is supposed to be. They do not change the core game play mechanics, but instead enhance them. The theme song is stil bloody awful, though.

Let’s not forget the long awaited Sonic the Hedgehog 4. Now this is a game that does claim to be a classic Sonic game. It has a lot riding on it, especially in the retro Sonic fanbase. There have been many complaints from this community, some reasonable and some unreasonable. Though, now that SEGA has revealed that the infamous (but unfinished) mine cart level has been completely redesigned because of fan feedback, I’m confident SEGA is at least serious about the project, and it’s intention to resurrect Sonic’s classic momentum based game play.

Let’s not forget that even if it isn’t the perfect Sonic experience, it is the closest thing to the classic Sonic experience we have had since the mid 90’s. Don’t look a gift horse in the mouth. Will it really be a return to form for Sonic? Only time will tell.

So there we have it! Sega series hurt and healed.

While Sega as a large 3rd party publisher has had a rocky few years, I think the past 2 years have been really good to us Sega fans. We’ve had a lot of great games, and here’s hoping that will continue. So if you see a snotty brat harping on about how ‘Sega sux’, smack them ’round the head with a copy of Valkyria Chronicles or Bayonetta for me.

Segabits at Round 1 Arcade

Aboard Little Jack: How Skies Of Arcadia made an RPG fan out of me
Golden Axe hurt and healed NiGHTs Phantasy Star Online Sega Shining Force Sonic