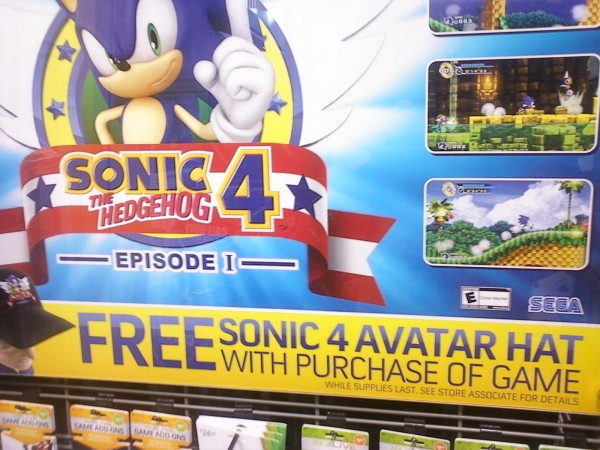 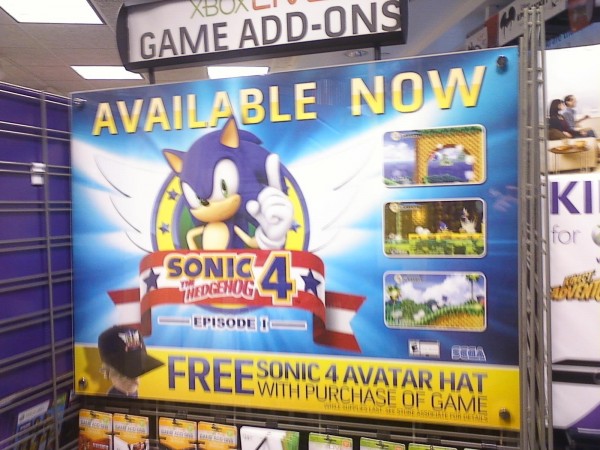 Don’t get too excited, it was just a download code card. However, I was very surprised by the prominence they gave the game. The door frame was lined with posters for Kinect titles, and the very first thing you see upon entering is the above wire rack of cards. The big poster, which I wish I could get my hands on, towered over dozens of download code cards for XBLA titles. Not only that, but if you bought the Sonic 4 card, you would also receive an exclusive Sonic 4 logo cap avatar item. 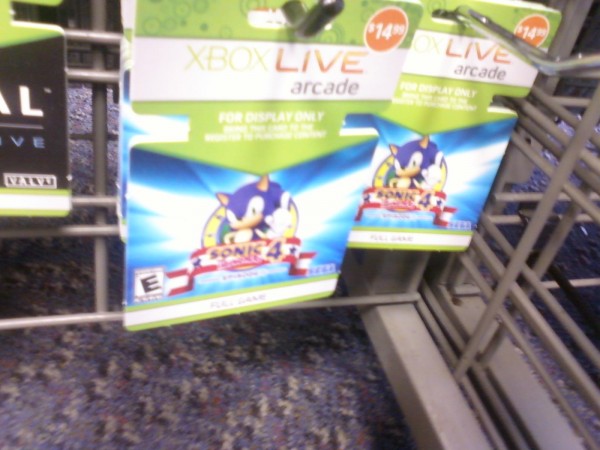 I know it probably sounds lame to get excited over a month old game that has become a point of contention among the Sonic community, but if seeing a big ol’ poster of Sonic displayed so prominantly at a retail store makes me lame then I will wear my lameness with pride.

2 responses to “Buy Sonic 4 at a Real Live Store!”