One of the most famous unseen SEGA stars would have to be Space Channel 5’s Fuse. As the director of the fictional interstellar news station, Fuse guides Ulala and players through stages, offering up advice and commentary throughout both games of the series. Fuse has apparently never left the station’s ship the Astrobeat, thus making the ship itself the next best “body” for the station’s director. Fuse’s best moments include navigating Ulala through an asteroid field, being captured by Giant Evila and (almost) losing his life to save Ulala from a deadly sphere of energy.

“YOU’RE IN MY WAY GREENHORN, DON’T YOU RUN THAT RIG IN FRONT OF
ME!!!”

The road raging antagonist of SEGA’s arcade and home console game 18 Wheeler may not have a face, but he more than makes up for it with his voice and big intimidating truck. I’d like to think AM2 were inspired by the 1971 Steven Spielberg directed big rig thriller “Duel”, which featured an unseen trucker who terrorizes a businessman driving along a California highway. Like the villain in “Duel”, Lizard Tail bullies other drivers and seems to think that the road was paved for his use alone. Get in Lizard Tail’s way and he’ll scream “THERE’S A TRAFFIC JAM AND IT’S ALL YOUR FAULT!!!”. Too bad 18 Wheeler never included a stage in which both trucks stop and you get out and kick Lizard Tail’s ass.

“Look at all those pussies run!”
“Those are smart pussies.”

Jack may have gotten top billing in MadWorld, but the real stars are the unseen DeathWatch commentators Howard and Kreese. Voiced by Greg Proops (Whose Line is It, Anyway?) and John DiMaggio (Bender from Futurama), Howard and Kreese make the most lewd and hilarious comments throughout the black, white and red DeathWatch events. What more, Howard and Kreese step outside the role of commentators and will often reveal bizarre backstory, fleshing out their own characters in the process. Kreese reveals that he was a former DeathWatch competitor while Howard has an ex-wife named Sally. By the end of the game, players feel they know more about the commentators than they do Jack. Check out IGN’s interview with Greg and John.

The Crrrrazy Announcer of Crazy Taxi

“Hey hey! Come on over, have some fun with Crazy Taxi!”

While not necessarily a character in the sense of interacting with in-game characters or progressing a story, the announcer from Crazy Taxi is too iconic to ignore. Welcoming players to all three games of the series, the announcer proclaims that players are in for some crazy fun in a Wolfman Jack-inspired voice. Throughout the game the announcer is there, telling players to hurry things up and giving the final license grade. Bryan Burton-Lewis, the voice of the announcer, has an interesting background. From what I could find, Bryan is a DJ in Japan and also did the voice of Axel. So if you want a face to go with the Crazy Taxi announcer, just use the photo below, he looks crazy enough. In fact, I could easily see him as a cabbie in Crazy Taxi 4! 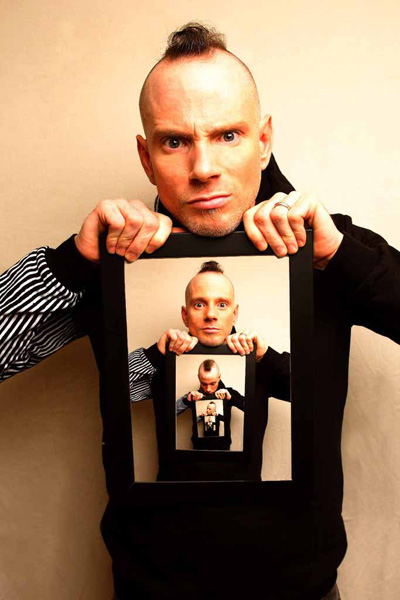 “Guard that rear bumper. You can take it!”

Offering up constant advice and criticism through the driver’s helmet, the pit crew chief of Daytona USA probably would not be as well known as he is today had he not had such a great accent. With a little country flare, the crew chief encourages you to “Try to stay low in them turns!”. While the crew chief does get very repetitive, he is a vital part of the Daytona USA experience. He even gets a mention in the song Let’s Go Away:

“This is your crew chief
The course is really tough
But it’s a beautiful day
So good luck!”

In the comments section, share YOUR favorite unseen SEGA character.

Sumo Digital challenges SEGA community to get behind 3 DLC characters

2 responses to “The Weekly Five: The Best Unseen SEGA Characters”