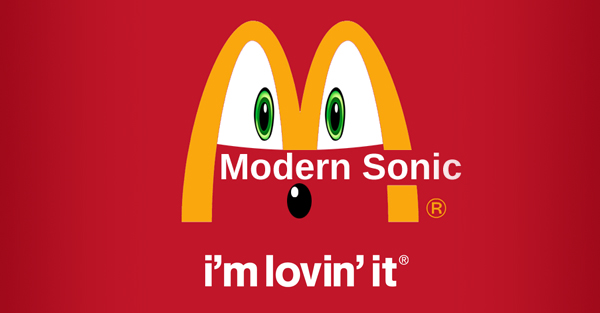 The second Sonic Generations demo is out, and with it comes the first public demo of modern Sonic! Of course, we’ve had hours of footage and pages and pages of modern Sonic impressions. But none of that compares to actually playing the game. Having finally played the demo, I can happily say that modern Sonic is the best the 3D ‘hog has played in the HD era. Perhaps only being rivaled by the 3D Sonic of the Adventure titles. To celebrate Sonic’s return to form, let’s look at five reasons I’m lovin’ modern Sonic! 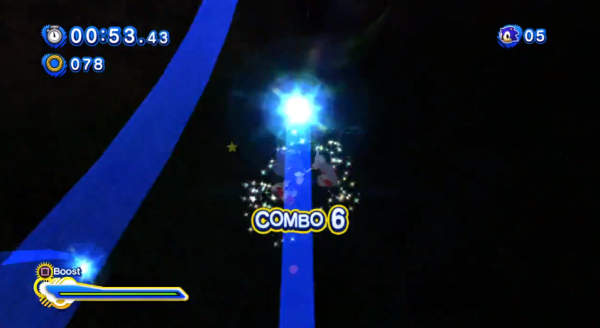 I enjoyed Unleashed, at least the day stages, but I hate hate HATED the QTE jumps. They presented such an unnecessary challenge by quickly throwing at you a string of buttons and bumpers that would even scare off Ryo Hazuki. Speaking of Shenmue, that is a series where the QTE makes sense. A right arrow means Ryo will move right, an A button will lead to an attack. But with Sonic? How does rail jump right three times, boost twice and a light speed dash translate to a slightly higher jump? Worse still, failing to pull off QTEs in later levels lead to an instant death.

Thankfully, this gameplay element was done away with in Colors by simplifying things to a rapid A button mash-fest. Still, I found Colors QTE to be a bit too easy. It seems Sonic Team shared that sentiment, as Generations does a complete overhaul to the gimmick by giving us a fun and easy trick system. Go off the ramp, move the stick about, hit both bumpers before landing and you get extra boost. From what we’ve seen, tricking isn’t even necessary, as players will land regardless of tricking or not, so it appears no more trick-or-die moments. What I like the most about this system is that it is very similar to the trick system found in the famous NiGHTS into Dreams. 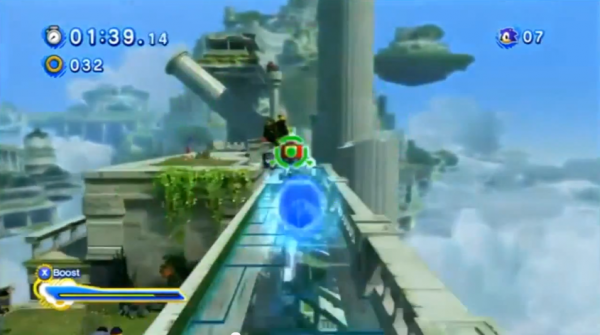 One of the biggest head scratchers in Sonic Colors was the inclusion of a double jump. Granted double jumps have existed in games for years and after a few minutes with the game, the move felt like second nature, but that was only because I was so used to it in non-Sonic games. The reason for its inclusion was to be a quick fix for imprecise jumping. Try playing through Colors without the double jump and you’ll find that most platforms are very tricky to reach without that safety net of a second chance to perfect your landing. Had the team behind Colors put a bit more effort into the single jump, I’m certain the double jump would have never happened.

Generations brings it back to the tried and true single jump and from what I experienced, it works quite well. Even when I was close to missing a jump, a mid-air boost helped, as did the homing attack. Perhaps the double jump will make a return via the game’s skill shop, but as for now the double jump is thankfully no more. 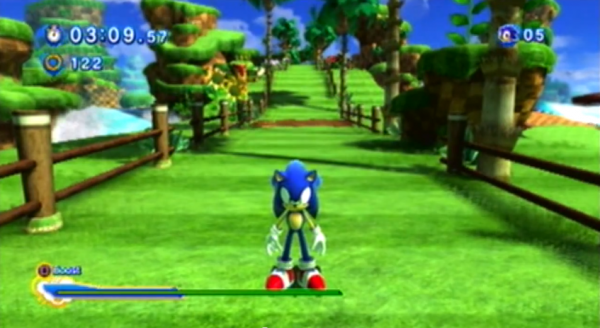 While Unleashed featured some great low speed controls in the world adventure stages, action stages were a completely different thing. Passing the action stage threshold caused Sonic to suddenly become super fast. Holding the stick forward for even a moment caused him to accelerate to high speeds, making exploring small areas difficult. The moment I started up the Generations demo, I screeched to a halt and did a little exploring. Sonic’s controls felt much tighter and exploring small areas was much easier than in Unleashed. I was even able to walk around the first string of motobugs. I can only imagine that the improved low speed controls will make future stages feel much more like the Adventure games, with low speed exploration being not only possible but intended. 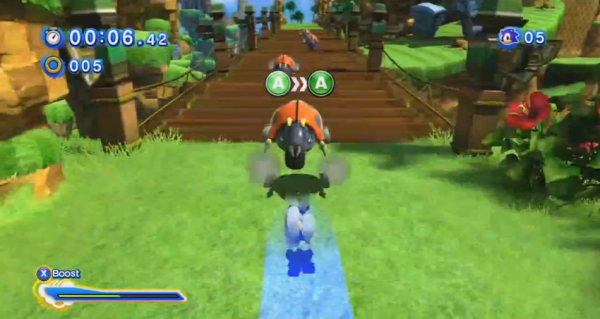 If Colors oddity was the double jump, Unleashed’s oddity (aside from the werehog) was the daytime stage button placement. From 1998 through to 2006, the homing attack shared a button with jump. Enter Unleashed. Now Sonic fans must retrain their brains to press A to jump and quickly move to X for a homing attack. Given Unleashed’s fast pace, this button separation made an already tricky game even trickier. Even worse, with X also operating as the boost, should a player jump and fail to home in on a target, they’d boost off in some deadly direction.

One thing I liked about the Wii/PS2 version of Unleashed was that the homing attack shared a button with jump, and Colors did the same. Generations smartly does so as well, mapping homing and jump to the A button, making the HD version of Unleashed the odd one out. After a few playthroughs of the Generations demo, my brain was back to its pre-2008 settings and I was able to homing attack as god (Iizuka?) intended.

The Spin Dash Returns (sort of) 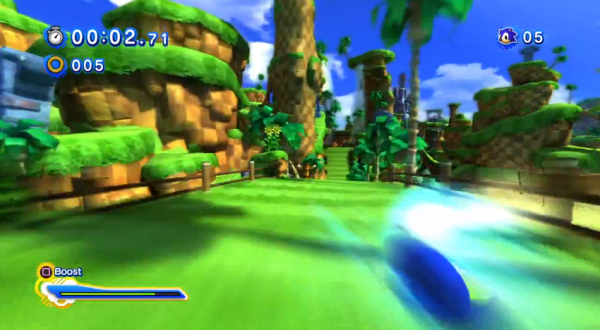 It’s sad that the spin dash, a move that defined Sonic in the classic era, died with Sonic 2006. The Adventure games featured a faithful 3D representation of the move, which was happily spammed by speed runners. Sonic 2006 featured the move, though the game’s wonky controls and slow speeds made it a weak version of what was seen in the Adventure games. With the release of Unleashed, the spin dash was replaced with the boost and the only time Sonic rolled across the ground in a ball was when he hit a dash pad in the Wii/PS2 version of the game. I actually understand the reasoning for the move being dropped in Unleashed. Considering how much the game relies on the player boosting, had Sonic Team made the spin dash the boost, we would be seeing Sonic as a ball for a majority of the stage. Had the spin dash been available alongside the boost, there would be no reason for the older move (aside from nostalgia) as the boost would completely overpower it.

Generations does carry over a good amount of the Unleashed gameplay and moves, but small changes to the dash pad and drift animations have thankfully brought back the beloved iconic spin dash move. Classic stages just aren’t classic until you get a glimpse of a spin dashing Sonic moving through them. In the first few seconds of the latest demo, Sonic hits a dash pad and the awesome spin dash briefly returns! Later in the stage Sonic traverses a winding path, and while Omochao doesn’t suggest it, use of the triggers cause Sonic to roll into a ball and perform the spin dash drift. Yes! Spin dashing has returned to modern Sonic! And even better, it is a legitimately necessary move that looks awesome in action. Sort of like a high speed Gumby weaving left and right.