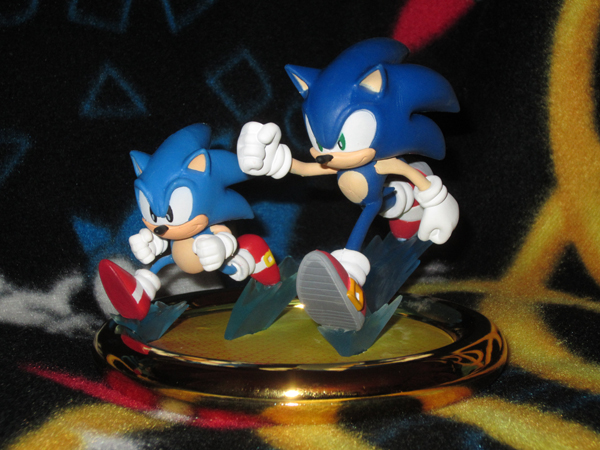 The 2013 Guinness Book of Records Gamer Edition better give Sonic the award for most statues produced for a video game mascot’s anniversary. The latest commemorative statue, released by Jazwares in the United States (more territories have yet to be confirmed), may not stack up against the fancy First4Figures release or what was offered in the Sonic Generations Collector’s Edition. The scale is smaller than the other statues released and the paint job is typical Jazwares quality. However, there are a lot of good things to say about the statue, and it is a great addition to any Sonic collector’s shelf!