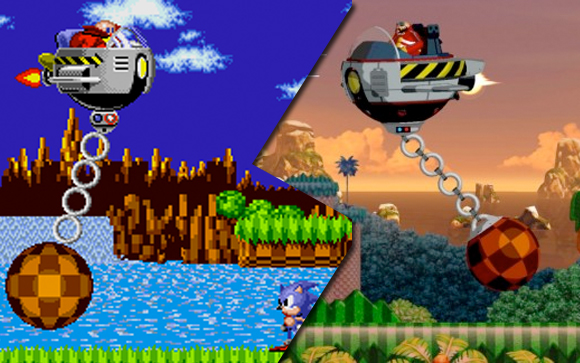 Over at the official SEGA of America forums, a fan brought up the ultimate question. Are we going to suffer through throwbacks the whole time like episode one? Good news, Sonic 4 brand manager Ken Balough says that no, we won’t. He confirms that only one of the zones is a genuine throwback.

Also there is going to be a nice unveiling later this month. Now, he does admit that fans will call anything a throwback, only because it’s a similar environment. Read his full response after the jump.

“This brings up a very interesting topic. The reality is that after 20 years of games, it’s super easy to say something is a re-hash; becouse there are only a limited number of terrain types in the world. If we do a “Cave” enviroment, people will say “oh thats like, Mystic Cave zone or Crystal Cave” or if it’s a African enviroment people will say its a rehash of Savannh Citadel, etc. You get the idea.

Episode I Zones were definetly a throwback to the origional Zones, and I think in a nice way, since we all loved the Genesis/Mega Drive Sonics, and it brought us back to that era of gaming.

Ep II however has new Zones that we hope will keep people happy. In fact there is only (1) zone that is a genuine throwback – but that actually is more how the story unveils than anything else.

What I can say is that you’ll see your first look at Sonic 4 Episode II, sooner than you think, as we have some really cool unveilings this month.”

5 responses to “Sonic 4: Episode 2 will only have one throwback level”