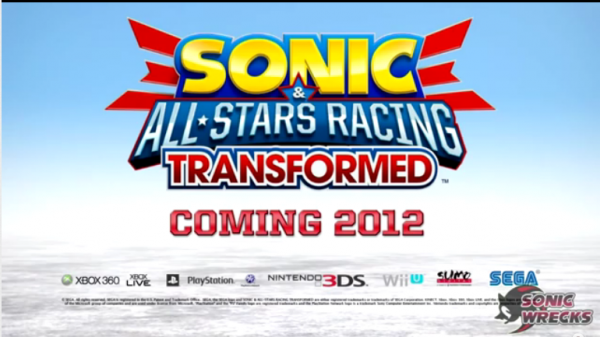 Given the source, think of the rumor designation as more of a formality then anything. Earlier today, Sonic Wrecks uploaded an alternate version of yesterday’s trailer that confirmed a Wii U version of SEGA’s upcoming racer. This confirms speculation that the game was headed to the Wii U, started when Sonic Stadium first reported a Sumo Digital racing title heading to the system back in January.

The trailer has since been removed from Sonic Wreck’s Youtube channel, thus this will be considered a rumor until the game is formally announced for the Wii U this week at E3. If the game is playable, you can expect hands on previews from both SEGAbits and Sonic Stadium when the show opens on Tuesday.

One response to “Rumor: Sonic & All Stars Racing Transformed Confirmed for Wii U?”