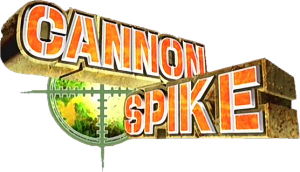 Cannon Spike is a two dimensional shooter rendered in a 3D polygonal environment. It plays similarly to Smash TV, though with a tracking button replacing the second analog thumb stick. Each level takes place through a series of two arenas. These arenas fill with dozens of enemies and are completed once the player vanquishes the boss. Each character gets four standard moves and  “special attack” that uses up a special token that can only be replaced by killing the bad guys. 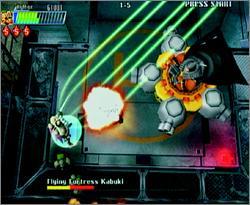 Cannon Spike’s formula is very simple: destroy everything on screen. There is no exploration, no platforming, no driving. Just pure, straight up arcade shooting. Fans of other genres need not apply, as there is no variety here. The shooting itself is quite fun, and the six different characters lend themselves well to different strategies.

Unfortunately, this game utilizes its arcade roots to a fault. This is a no frills port. There are no extra game play modes to extend the game play beyond its ten stage length. These stages are typically very short, requiring no more ten minutes to get through each. Even if you want to beat the game with its six different characters, Cannon Spike is a very short game, even by arcade port standards. 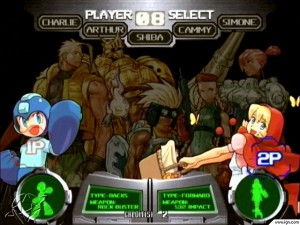 Of course, if you’re a gamer like me, and don’t mind spending money on a short experience, you will find something to love in Cannon Spike. The game lets you play as some of Capcom’s biggest and most obscure characters including Megaman, Cammy and King Arthur of G&G fame. The shooting is also a lot of fan, with the kind of energy and chaos you’d expect from a Dreamcast shooter. It’s a short game, but it’s also a well-made game, and I will take quality over quantity any day.

Like most arcade games, the production values of Cannon Spike are exceptionally poor. There are no cutscenes, and the scrolling paragraphs used to tell the story at the beginning aren’t worth sitting through. Thankfully, they can be skipped.

In the graphics department, the game doesn’t look too bad for a Dreamcast game. The models for the playable characters look nice, and the game is capable of rendering dozens of enemies on screen without stuttering. Much of the music sounds like something straight out of Street Fighter, though it ranges from catchy to annoying. 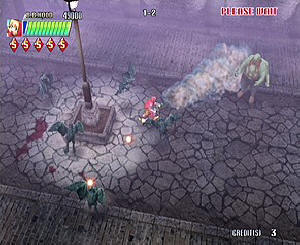 All in all, I enjoyed Cannon Spike, but it’s appeal is limited. If you aren’t already a fan of arcade shooters, Cannon Spike isn’t likely to convert you. If you are, Cannon Spike is a worthy edition to your library, especially if you have a Dreamcast. Eleven years later and still exclusive! 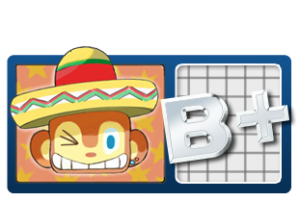