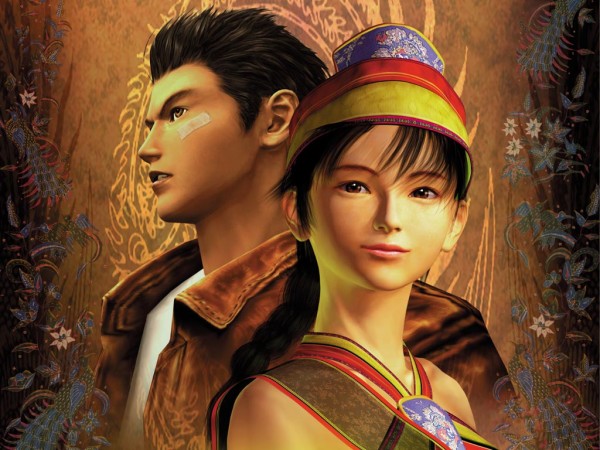 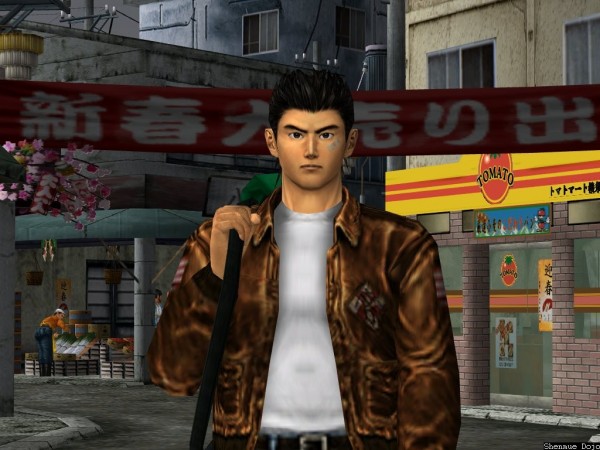 The visuals definitely helped. “Amazing” is simply the only word to describe how these visuals looked. In the world of Shenmue, it rains, it snows, clouds form, the clouds clear up, and day turns to night according to an in-game clock. This all creates one of the most lifelike worlds I’ve ever explored in a video game, even to this day. Buildings look like real buildings, the yard of the Hazuki house is loaded with visual touches, and pedestrians constantly walk the streets.  These people are all going somewhere, whether it be their homes or one of the shops in town. The framerate does hit some bumps as you drive a forklift through the harbor, and there are quite a few lengthy load times and frequent fade-in/fade-outs with the townsfolk. But none of this can take much away from the visual wonder that is Shenmue, which looked incredible when it came out and still has its impressive aspects today. I’ll start with the basics. Shenmue essentially puts you right in the middle of a murder mystery in a living, breathing world. The setting is the region of Yokosuka, Japan. The time of day is always displayed, (in Shenmue, 1 minute is about 5 seconds). You can enter many of the buildings in the main town. As you walk through the streets, you see NPCs (non-playable characters) going about their business, and you can talk to any of them. While not all of them will actually have a conversation with Ryo, the main character, they will at least tell you that they don’t want to talk to you. You can enter an arcade and play classic Sega games as well. Hang-On and Space Harrier, not to mention darts and some QTE-based games, are playable. Ryo is given an allowance from Ine-San, the caretaker of his house, each morning, so money is rarely ever an issue. Hidden events can occur if you find yourself in a certain place at a certain time. Day turns to night, with a cool, area-specific scene triggering at around 7:00 PM. This is officially the start of the night hours in Shenmue. Bars will open at this time. Other stores, (opening and closing hours are clearly posted by the door,) will close. Businesses open late will turn lights on, and the streets (unless it’s my imagination,) will become slightly less busy, except when near the bars. Even today, Shenmue can be looked at as an example of how to develop a perfect video game world.

So what are you placed into this amazingly-realized world to do? Well, at the start of the game, Ryo’s father is murdered by a mysterious stranger named Lan Di, who Ryo then vows to find and take revenge upon. To do this, he needs to delve deep into the mystery, including the origins of the strange Chinese mirror that Lan Di stole from Ryo’s father before ultimately killing him. You talk to NPCs, you find out clues, you follow these leads, you get into some fights, and there are quite a few memorable characters, action scenes, and events that you’ll encounter on this journey. Shenmue’s fighting system, based on the Virtua Fighter engine, makes for some entertaining brawls. Many QTEs also make their appearance, and these make for some great cinematic action scenes. Granted, Shenmue’s QTEs are no longer as original as they were when it first came out, and they’ve been done much better in Shenmue II, but there are still some great QTE-related moments here. It’s fun stuff and it all works perfectly with each other. As you gather clues, get in fights, and progress through this game, you begin to see the way to Lan Di, your father’s killer, and it becomes apparent that this story’s much deeper than a random murder.

Not everyone liked Shenmue. Those expecting an action-packed game or a fighter were probably let down. Granted, Shenmue definitely has its share of fights and very cool events, but quite a bit of this game is spent wandering through town, asking people questions, and getting clues to continue the storyline… basically, as if you were living in this world. All the important clues that Ryo gets are written in a notebook, which you can check at any time. This keeps you on track and keeps things moving, so you’ll rarely feel like you’re spinning your wheels.

Shenmue has some minor issues, none of which take away from what ends up being an amazing adventure, but they’re worth pointing out all the same. The story occasionally jumps from ideas fairly rapidly, and Ryo’s objectives switch several times on disc 1 before the plot truly locks into place. It can be a bit jarring at times, but luckily this gets smoothed out at around disc 2. Disc 3 features Ryo having to work a part time job in order to get involved with a local gang, and while driving forklifts is fun, the level of interactivity in the harbor where you work just isn’t as great as in the town of Dobuita, and unfortunately you’re locked into this place for most of the disc. Asking around for the next clue can also at times be a drag, as plenty of NPCs seem deliberately unhelpful. The dialogue, at times, comes across a bit awkwardly, especially Ryo’s exchanges with his friend/sort of love interest, Nozomi. But these flaws are barely even worth mentioning in the grand scheme of things, because Shenmue’s all about the bigger picture, and if you let yourself get absorbed into this world and its story, the game will leave an impression on you like no other. 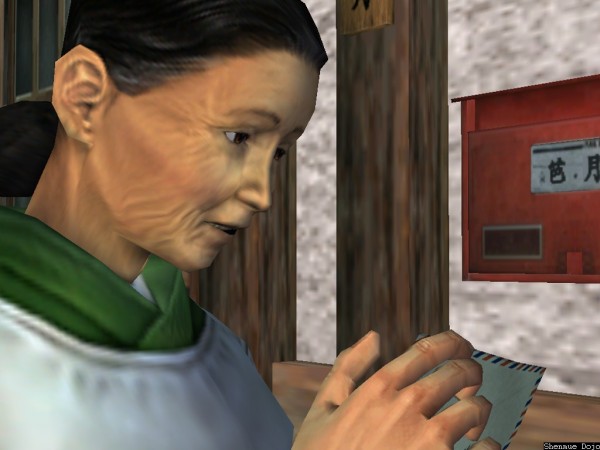 The sound effects are excellent. I know that sound effects don’t usually get much attention in video game reviews, but Shenmue needs its own section for this. You hear birds chirping, dogs mournfully howling in the distance, you can hear the hustle and bustle of the main town as you enter it…this game’s got great sound effects that help further bring this world to life.

What also helps is the outstanding music. Almost every song here is incredible. You may be skeptical, but this is yet another category that Shenmue’s….perfect in. There’s no other way to put it. The music in the streets changes as the story progresses, and every building you enter has its own music. And it’s all amazing. This is a game where you can literally stand around for minutes at a time just listening to the music and sound effects.

Voices…not as much. Shenmue features full spoken English dialogue. There’s no dialogue in this game that isn’t voiced. In general, though, the acting’s sub-par, and many voices sound like the actors are deliberately disguising their voices to hide the fact that they voiced about 5 characters in the game. This is only with NPCs, though, luckily: the main characters are usually well-voiced. Ryo’s actor does a good job portraying the character’s impatient and yet tough and stubborn personality, and when he gets angry, his voice actor portrays it perfectly. While it couldn’t be more clear that this actor’s reading from a script, and while he does sound a bit stiff at times, he does a good job, in general, of voicing Ryo. Other main characters, such as Fuku-san, Ine-san, Gui Zhang, and the homeless guy in the harbor, are acted out excellently. It’s really only the minor characters and NPCs that sound bad, for example, the Mad Angels. They’re a violent street gang and they play a huge role in the plot on disc 3, yet all feature downright terrible voice acting that sounds like a joke, which unfortunatelytakes the edge away from what should be a formidable and scary group of people. Back in 2000 when Shenmue was released, the voice acting was labeled “acceptable” by many people, but by today’s standards it’s laughably bad.

The music is perfect, the sound effects are perfect. The often sub-par voice acting unfortunately stands out like a sore thumb. While the main characters thankfully sound decent, it’s still just the one area that doesn’t fit; the one place in the entire game where it seems like it didn’t try to be the best it could have been. I know I’m repeating myself here but I can honestly say that after I first completed it, I never looked at video games quite the same way again. The graphics, the gameplay, the world, the story, the sound effects and music….everything (English voice acting aside,) is top-notch. Many unhelpful NPCs can make asking around for clues occasionally feel like a chore, and people expecting this to be a fighter may be disappointed. But anyone who claims to be into video games at all and hasn’t yet played it should at least give Shenmue a try. If you can get past some dated (by today’s standards) game design, you might find yourself with a new favorite video game. If you own a Dreamcast, there’s really no reason not to have this in your collection. Hopefully Sega will one day bring the entire Shenmue series to another console and try again. For now, though, Shenmue and its sequel will live on as the best games (as of this writing) that I’ve ever played.

12 responses to “Review: Shenmue – 10 years later, there’s still been nothing else like it”