A few months ago, someone suggested to me that I use Tuesday Tunes to introduce people to the more obscure works of SEGA’s music library. I was told that my choices were often too predictable, and that I was focusing on works people were already familiar with. That person was right. Since it started in its new form a year ago, Tuesday Tunes has spent much of its time focusing on newer games and games that SEGA fans are more familiar with. Though many of the games that person suggest I feature were games I had either already featured or were games I am currently saving for future themed months I’d like to do, the criticism had convinced me to two things: feature more obscure tracks from a wider variety of games and other SEGA related media, and to also think about just what Tuesday Tunes was supposed to be about. You saw the results of the former last week. As for the latter, well, I came to that decision this week as I was reflecting on a year of Tuesday Tunes for the purpose of this article.

Tuesday Tunes is about nostalgia. Really, that’s what is really special about music, isn’t it? Playing a song from any game you remember fondly can cause memories of that game to come flooding back to you in a way nothing bar playing the game again will do. This is why I decided to restart this series: to share with you the many tracks that mean a lot to me and hold a great many memories for me, and I hope also hold a great many memories for all of you. This has resulted in a selection lopsided towards the familiar, but they are a selection of songs I still want to share nonetheless. As a SEGA fan, much of my love for the company is anchored in nostalgia: the feeling of sailing through the skies of Arcadia or blasting my way through an imperial fleet on the back of a laser breathing dragon. No matter what SEGA does or becomes, we can all still appreciate them for what they’ve already done for us over the years. As we move forward into 2013, I hope everyone remembers what SEGA has already done for them, even if the SEGA we have now is a smaller, leaner entity of the company we became so fond of.

The track at the top of this article is special to me for a couple reasons; it brings back memories of my first ever online gaming experience, slaying horned beasts and rappies as an afro’d midget named Disco Stu. It brings back memories of the final days of the Dreamcast as an online system, as I began to play a number of games online for the first time mere months before the SEGANet service, and eventually the Phantasy Star Online service was ended. Perhaps most relevant to this post, it was also this track that made me decide that someone, somewhere needed to start featuring works from SEGA’s massive library of music that have gone unnoticed by most video game fans and media, which lead me to writing up and posting my first Tuesday Tune a year ago. 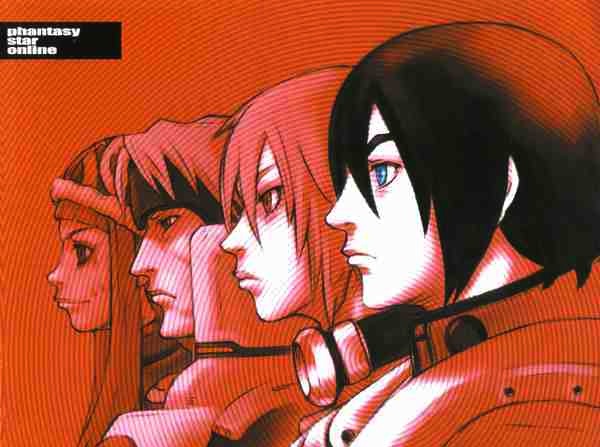 Perhaps I’ve been going about Tuesday Tunes the wrong way over the past year. Perhaps I will continue to over the next. Either way, I hope you enjoy the tracks that myself and my colleagues will be featuring over the next year. I’m going to try to reduce the number of themed months we have (and not let school work keep me from missing months all together), so feel free to post suggestions for tracks you want to see in comment.

I the meantime, please enjoy Anu Orta Veniya, the song that played during the credits of Panzer Dragoon Orta. Orta stands as my personal favorite game, with its spectacular soundtrack playing no small part in that love. Anu Orta Veniya packs a lot of emotional weight when experienced in its proper context just after the end of the game. Here’s hoping this track brings back some great memories for all of.  Join us next week for a few tracks from Astal, including the Japanese vocal version of the opening theme!