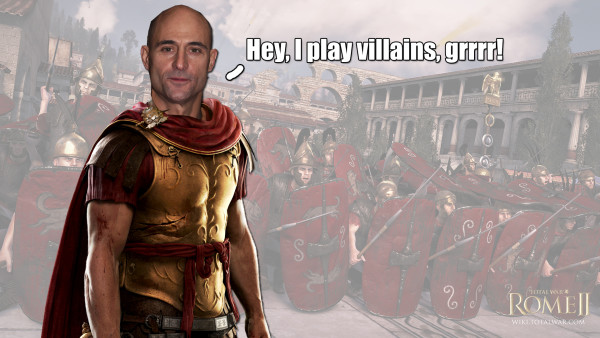 SEGA today announced that the gravelly and authority-laden tones of Sherlock Holmes villain Mark Strong will be guiding players through the opening stages of their ROME II experience from the 3rd September. Catch him in action as the power-hungry General Silanus in this video short that also touches on the game’s incredible soundtrack; performed by the Slovak National Symphony Orchestra and conducted by Dark Knight and I am Legend veteran, Jeff Atmajian.

Lend Me Your Ears – The Audio of Total War: ROME II also shows a little of the extraordinary and bruising lengths the sound effects team go to get the most authentic sounding ancient battles possible.

Total War: ROME II is out on the 3rd September worldwide.

One response to “Mark Strong to play a role of a general in Total War: Rome 2”