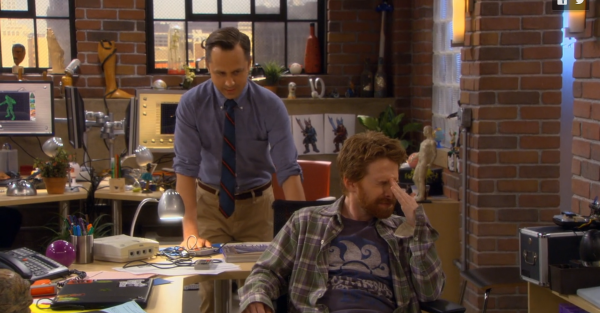 FOX’s live action sitcom Dads, from Family Guy creator Seth MacFarlane, is one of the fall season’s worst shows reviews-wise. Perhaps the production crew knew they had a stinker on their hands and threw a Dreamcast into the set dressing. Hey, if it worked for The Drew Carey Show, it could work for them. The series follows two guys named Warner and Eli who are successful video game developers who are forced to have their fathers move in with them, thus explaining the Dreamcast sitting on Seth Green’s desk. Why a modern game developer would have so many pieces of 90’s era hardware on his work desk is unknown. Perhaps they’re indie Dreamcast developers? In any case, save yourself the trouble watching the show and just enjoy the image above.

4 responses to “SEGA in the Media: FOX’s “Dads” takes the Dreamcast hostage”