Several new details for SEGA’s upcoming game Alien: Isolation, developed in-house by The Creative Assembly, appeared on the Xbox Marketplace today. We now know for certain that The Creative Assembly is behind the game (though we pretty much knew this since May 2012), and that the game falls under the “Action & Adventure, Shooter” genre with an “M” rating in the United States. Features confirmed so far are pretty much expected, with content downloads and online leaderboards. The cover art shown is for the Xbox 360, so that platform is confirmed, and we’ll likely also see a release on the PS3 as well as the Xbox One and PS4. A Wii U version is unknown at this time, but given the fate of Aliens: Colonial Marines on Wii U, Alien: Isolation‘s Wii U appearance is questionable. Best of all, we have a lengthy synopsis:

Discover the true meaning of fear in Alien: Isolation, a survival horror set in an atmosphere of constant dread and mortal danger. Fifteen years after the events of Alien™, Ellen Ripley’s daughter, Amanda enters a desperate battle for survival, on a mission to unravel the truth behind her mother’s disappearance. As Amanda, you will navigate through an increasingly volatile world as you find yourself confronted on all sides by a panicked, desperate population and an unpredictable, ruthless Alien. Underpowered and underprepared, you must scavenge resources, improvise solutions and use your wits, not just to succeed in your mission, but to simply stay alive.

It sounds exciting, and those who know The Creative Assembly should know that we should probably not fear another Aliens: Colonial Marines. What are your thoughts on the game? Sound off below, or in our dedicated forum topic. 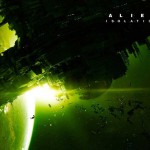 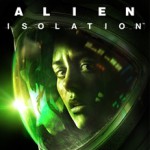