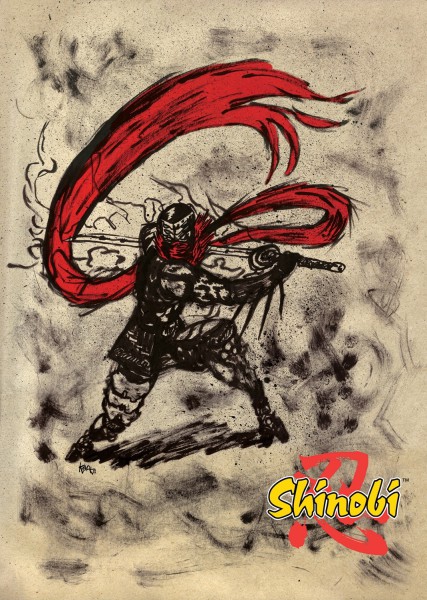 There can only be one winner, but that doesn’t mean we can’t also have stuff for the people who got second and third place. Above is one of the many entries sent into us by SEGA Nerd’s Kopke, aka Manuel Garcia Melgar. This awesome depiction of Hotsuma from SEGA’s criminally underappreciated Shinobi PS2 was one of several entries that nearly won him the grand prize. Here’s the one that came the closest. Please click it to see it in its full resolution glory!

Check below the fold for Manuel Garcia’s silver winning entry, as well as our bronze winner, Chase Svent!

Believe it or not, the work is still incomplete. He had several more characters he wanted to include including NiGHTS and Orta and the blue dragon from Panzer Dragoon. He’s since decided to make this piece even bigger, and he’ll be sending us the full work to post up here when it’s done.

Bronze: Chase Svent’s “Watch Your Back” 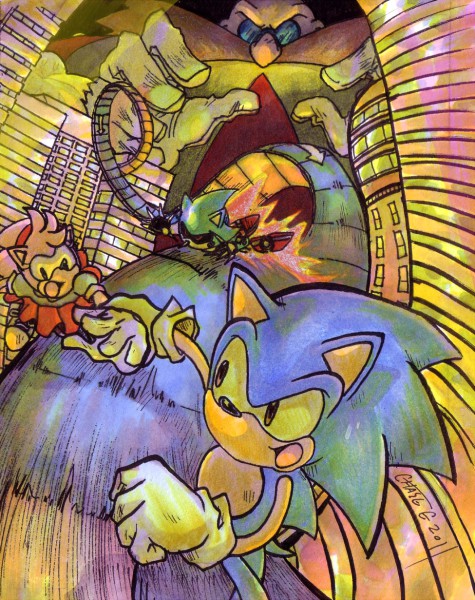 Winning the bronze was Chase Svent, who sent in several wonderful Sonic art pieces. Surprisingly, he was the only person to send in artwork that centered around Sonic himself. You can check out his DeviantArt here. I love the colors and the speed lines of this work. It has a real sense of movement and speed to it that’s just great to look at.

4 responses to “SEGAbits Summer of Art/Season of Colors Contest: the Silver and Bronze winners”