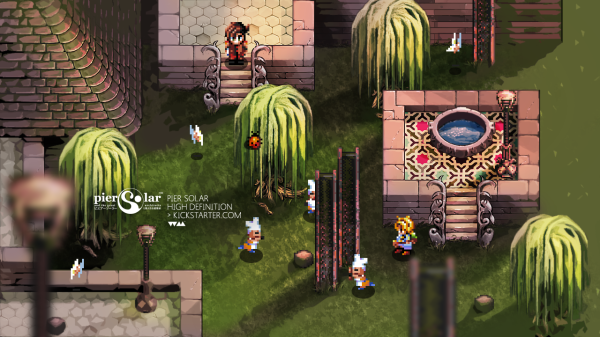 We already know the guys behind the remake of the SEGA Genesis RPG from 2010, Pier Solar, want to bring the title to many platforms including the Dreamcast and the Wii U this Spring. According to the developer Watermelon, they could end up putting it on the Nintendo 3DS as well.

“On Wii U, we’re definitely putting the second screen to good use, a feature that will be exclusive of that platform. Well, maybe not for long if we end up making it to the 3DS, but that’s for later.” – Watermelon Presiden Tulio Goncalves

Pier Solar HD is also coming out for PC, Mac, Linux, Xbox 360, Xbox One, Playstation 3, Playstation 4, Android, Ouya and lastly the SEGA Dreamcast. Yeah, its going to be hard to miss!

It should also be noted that a recent tweet from the team confirmed that the game has been delayed from a March release to April.