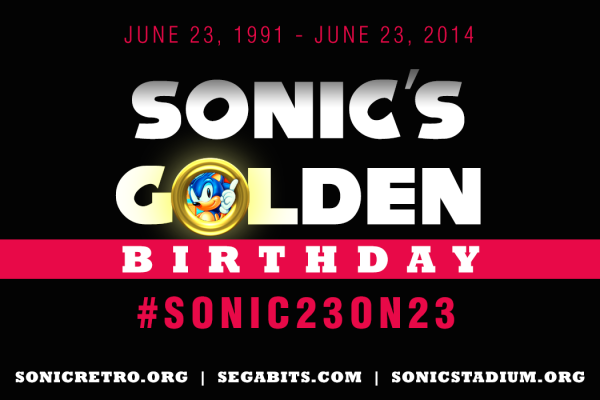 TSS/SEGAbits Review, Sonic Pocket Adventure: Sonic Stadium kicked off the celebration with a look back at a great, obscure little Sonic game for the Neo Geo Pocket, in a review originally meant for Sonic Stadium, before it was instead posted on SEGAbit, which eventually made its way back to Sonic Stadium several years later!

TSS Discuss, Sonic Boom…after E3: The Sonic Stadium staff give their thoughts on the Sonic Boom multimedia franchise after SEGA finally showed the game off to the wider gaming press and released a trailer that gave us a greater idea of what to expect.

SEGA Games for the Sonic Gamer, Part 1: SEGA makes more than just Sonic, and this little guide suggests some SEGA games that might tickle your fancy in the same way Sonic does.

The Anatomy of a Bad Sonic Game: SEGAbits guest writer Ben Burnham gives his thoughts on what he thinks makes for a bad Sonic game, and how these issues could be avoided in future games.

In Defense of Sonic Boom Rise of Lyric: I take a stab at defending this divisive game.

Sonic List, My Favorite Sonic Related Moments: Jason Berry relates some of his most memorable moments with the Sonic franchise. Neat pictures reside within!

Sonic on the Go, Sonic Game for the Game.com: The third part in my Sonic on the Go series (take a look at past entries here), which takes a look back at Sonic’s portable adventures To cap off the celebration on Sonic Stadium, I played and wrote about what is objectively the worse Sonic game ever made. The things I do for you people…

SEGA Channel Retro, Sonic Birthday Livestream: Sonic Retro kicked off their week with an hour long livestream of Sonic Jam, Sonic 2 on the Retro Engine and the entirety of Sonic’s story in Sonic Adventure.

Shadow the Hedgehog Review: We started our week with a review from Ben Burnham that took a look back at one of the most infamous games in the franchise’s history. One interesting spin this review took was offering a look at how the game was perceived when it was first released back in 2005, before Sonic 2006 one upped it a year later and became the most infamous game in Sonic’s history.

Visual Memories, Digging through Sonic Adventure & Sonic Adventure 2’s DLC: Our own TrackerTD takes a look at one of the more obscure features of SEGA’s old Sonic games, the free downloadable content. Take a look at what DLC was like back in the days of the Dreamcast when files had to fit within 100KB of storage.

Presented Without Commentary, My 1997 Sonic Fan Comic “Sonic The Hedgehog vs. The Bots”: That same day, Barry also posted an old fan comic he drew on Sonic Retro. As someone who’s worked in fan comics, I can say that this is without doubt the most well drawn and artistically crafted fan comic ever made. I bow to your prowess, lil Barry!

A Retrospective of Sonic’s Classic Trilogy: A Sonic Stadium guest article written for SEGAbits by Brad. This incredibly well crafted piece takes a look at the original Sonic trilogy. I would highly suggest you take a look.

Editorial: False Positive: Sonic, the Media, and Wrongly Diagnosing the Problem: Though this technically fell outside of the week long celebration, it was meant for it. SEGAbits contributor GX takes a look at some of the most common criticisms of the Sonic franchise and whether or not those criticisms are viable.

Be sure to look up #Sonic23on23 on twitter to check out some cool Sonic birthday tweets!

There was also some big news this week. First, Sonic 2 HD is back on, with a new engine and staff. On a much more bittersweet note, Aaron Webber announced he was leaving SEGA. We’ll miss you, Aaron!

With this post, #Sonic23on23 is officially over! I hope you enjoyed the content we created for you this week, and I hope you will keep tabs on the other two awesome sites that participated in this as we plow through another year of Sonic.