A new and upcoming SEGA Gensis/Mega Drive game known as Papi Commando has not gotten a official demo release by the independent developers behind the project. The game takes ques from classics like SEGA’s Alien Syndrome and Lucas Art’s Zombies Ate My Neighbors by delivering a run and gun game with a unlikely protagonist.

The game promises to have 2 player mode, up to 11 zones, with varied units including soldiers and zombies. So if you want to see what the independent SEGA Genesis/Mega Drive indie scene is up to, give the demo a try below.

You can download the bin file of the demo here. Have fun shooting. 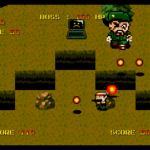 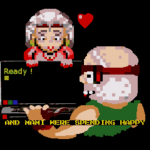 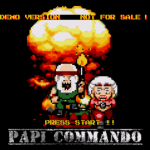 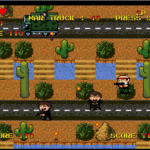