SAN FRANCISCO, Calif. – June 9th, 2015 – SEGA® of America Inc. announced today that its iconic ‘blue blur,’ Sonic the Hedgehog, will be racing once again in Sonic Boom: Fire & Ice for Nintendo 3DS. The newest title will build off of the highly successful animated series on Cartoon Network, currently the #1 program on all TV among boys 6-11 and 9-14 in its time period, and serve as the latest chapter in the Sonic Boom™ franchise. The game will introduce more adventure, speed, exploration, and an all-new fire and ice gameplay element that will help propel the action. Sonic Boom: Fire & Ice, featuring the triumphant return of Sonic, Tails, Knuckles, Amy and Sticks, will be available exclusively on Nintendo 3DS later this year.

Developed by Sanzaru Games Inc., Sonic Boom: Fire & Ice is a single player game with collaborative gameplay components that shares key characters, events, and lore of the Sonic Boom universe. Players will see Sonic and his friends in familiar settings as they embark on a brand new adventure to battle Dr. Eggman as well as an all-new super villain, D-Fekt. The team’s adventures will bring them to locations both familiar and new as they explore, race and protect their world.

To create an entirely new experience, Sonic Boom: Fire & Ice will infuse fire and ice elements throughout gameplay, enabling new abilities to play out in special character moves and interactions with environments. The new title also delivers gameplay that enables players to run through the game at top speed, or take their time with deeper exploration and puzzle play.

New to the title is the introduction of Bot Racing, a supplemental game tied to the single player story with multiplayer gameplay. The new Bot Racing feature is an extension of Sonic Boom: Fire & Ice that is purely about racing and speed, where a user will unlock character themed Bots to challenge friends on fast courses or tracks.

“We really want this game to surprise and delight Sonic fans both new and old, and have created a unique, fun game that delivers,” said John Cheng, President and COO, SEGA of America. “By introducing unique elemental gameplay features like ice and fire, along with new speed and exploration gameplay, there is a lot to enjoy with Sonic Boom: Fire & Ice.”

Sonic Boom: Fire & Ice for Nintendo 3DS will run alongside the top rated animated series on Cartoon Network, in addition to a national merchandising and promotional campaign. The Sonic Boom television series, coproduced by SEGA of America Inc. and OuiDO! Productions will continue to air new episodes throughout the year – and beyond!

This summer, the Sonic the Hedgehog franchise will be supported with the launch of Sonic Central, a brand new Sonic the Hedgehog information app, arriving on both iOS and Android devices. This one-stop-shop for all things Sonic will give fans exclusive art and wallpapers, character information, clips from the animated series, concept art, and games. Sonic Pix, a unique function within the app, will inspire fans creativity by allowing them to include Sonic and his friends in their photos.

Sonic the Hedgehog first appeared as a videogame character in June 1991, and instantly became an icon for a generation of gamers. Defined by his super-fast speed and cool attitude, in the years since he first raced on to videogame consoles, Sonic has become a true global phenomenon with over 140 million videogames sold or downloaded worldwide across consoles, PC’s, mobile phones and tablets. SEGA’s iconic blue blur has also gone on to enjoy incredible success in many licensed areas, such as toys, apparel, comics and animation.

Sonic Boom: Fire & Ice for Nintendo 3DS will be available in stores throughout North America in Holiday 2015. 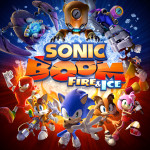 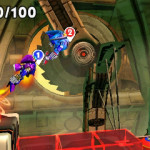 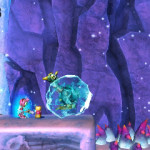 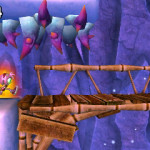 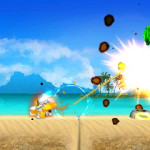 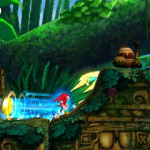 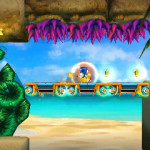 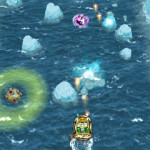